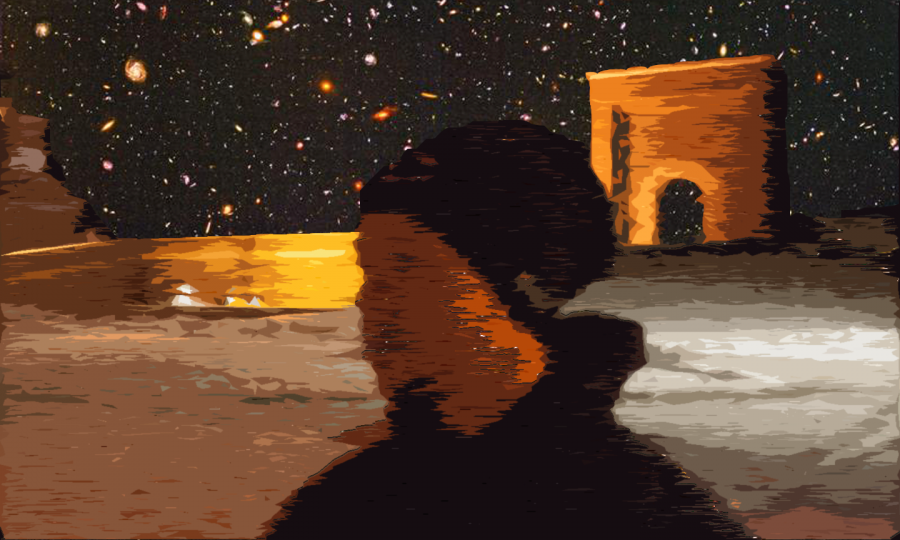 After almost four years at Buena Vista University (BVU), senior management and Spanish major Alex Brown has yet to get a good night’s sleep. In fact, he says he hasn’t really had “regular” sleep since before high school.

This week, March 2-9, is National Sleep Awareness Week, and Brown is just one of many college students who go through school with irregular sleeping patterns. However, Brown is unique because he has adapted his lifestyle to fit his slumber times which vary widely.

Sometimes, Brown says he can sleep for up to 10 hours after being awake for a day. After that, he might then stay up for a full 24 hours. Brown says he sometimes misses text messages while sleeping, not seeing them until he wakes later in the day. A year ago he purchased a “loud and annoying” alarm clock to get him up for classes, group projects, and dance class.

“I have to do something during the day, or I won’t be tired,” said Brown. One of his passions that actively push Brown is dance which started with his joining Latin dance early on in high school. During that time, a salsa song was being played at a school dance and Alex chose to sit down in the bleachers because he did not know how to dance to it. One of his female friends would not allow this though, resulting in Brown gaining an interest that would eventually put him to sleep

Brown is the primary instructor of Fuego, a Latin dance group and class held on Fridays at BVU. He has performed with Fuego on several occasions. He also found fitting role on campus the past two years as a resident assistant (RA). If at night a resident is locked out of a building or could use someone to talk to, Brown is usually awake to help.

He also works out in the weight room everyday to help him be more prone to sleep.

“Long-term I can possibly see that getting a job that fits in with the odd sleep [patterns] can be hard to find. It can also cause diseases,” said Campus Nurse Lorie Stanton.

College classes are themselves irregular with some days differing from others, but Stanton says the 9-to-5-work shift could be a challenge for Brown after graduation.

BVU Health Services receives many visits throughout the semester by students who cannot seem to find Mr. Sandman. Generally, the cause is a simple fix. There are multiple sources of sleep deprivation among college students including caffeine, exercising late, eating late, roommates, dorm beds, television, and social media.

Team Wellness, a student group of Health Services, is coordinating the Sleep Awareness Week events on campus this week.

“When we talk to students who are saying they are having trouble sleeping at night, usually they are having transient or short-term causes. We go through things to identify causes to change,” said Director of Health Services & Wellness Tami Laursen.

Transient insomnia lasts only a few nights and is affected by a change in the sleep schedule. Short-term insomnia may last up to three weeks with blame usually to stress or a psychiatric illness. Laursen does not believe that most BVU students have long-term insomnia which lasts longer than a few weeks.

Health Services agrees with the Mayo Clinic that seven to eight hours of sleep is the ideal for most adults.

Brown prefers the nightlife however.

“During the day, there’s a lot of traffic. At night, most people are sleeping, so you don’t hear anyone walking through the hallways or the doors opening and closing,” Brown said. This allows him to study or merely relax in peace.

But through it all, the parents still are not convinced. Brown’s dad in Chicago tells him that he needs to get back on schedule, but the son always produces the reminder that he never really had one in the first place.