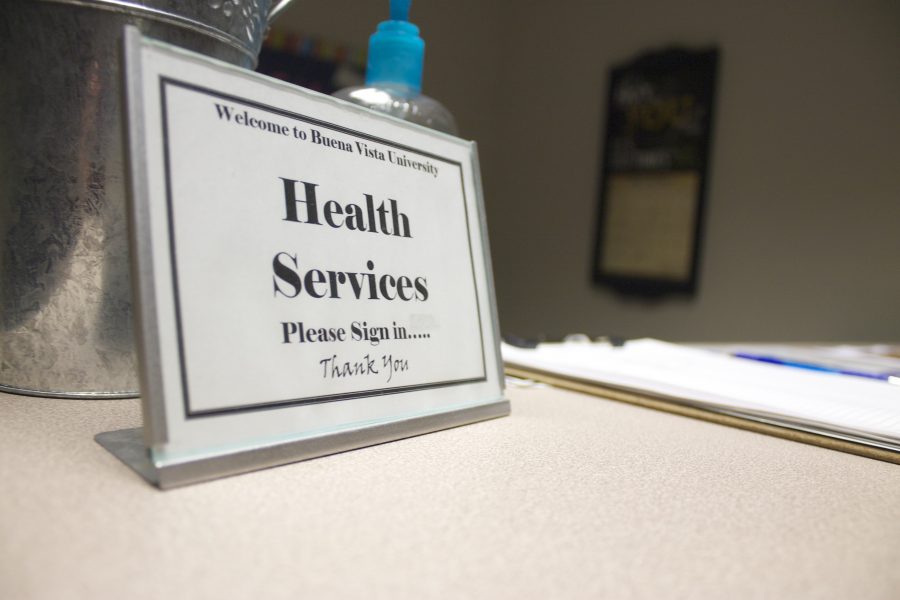 Allergies and colds are flourishing at Buena Vista University (BVU) for the fall semester of 2015. Allergens have been higher than usual since spring, according to staff at the university’s Health Services Department.

These allergens are so high in content that many students who normally don’t have problems with allergies are experiencing some discomfort. Many of the students are getting sick from colds within the first month of the term and even some returning students due to stress levels, changed eating patterns, and even lack of sleep.

Stanton also shared that sometimes allergy symptoms can mimic those of a cold. Those with allergies can be more susceptible to cold viruses because their immunities are weakened. Primary symptoms of allergies include itchy throat, dry and watery eyes, sneezing, and coughing.

New students are exposed to a new environment and new germs which increases the potential of contracting a virus.

“We have seen a handful of students with the 24 hour stomach flu bug and then some allergy stuff, like she [Stanton] said,” Laursen stated. “We will continue to see allergy symptoms probably until the crops come in and until the first hard freeze.”

According the Health and Wellness Department staff there is no need to be alarmed about any sort of major illness that may be spreading across the campus. The nurses shared that proper hygiene, diet, and exercise can deter any sort of possible bug.

“Good handwashing, covering a cough or sneeze, both doing it in your elbow or into a Kleenex and then washing your hands.[Also,] drinking at least eight glasses of water a day, trying to get at least seven, eight, or nine hours of sleep a night. Eating right, fruits, nuts, vegetables and trying to stay active can all help boost immunity,” Laursen informed.

“We are giving the flu shot at the end of the month. So the twenty-eighth, twenty-ninth, thirtieth, and October first we will be giving the seasonal influenza vaccine for free,” Laursen said.

Laursen strongly encourages students, faculty, and staff to adopt healthy habits and take care of themselves.

“I highly, highly, recommend that everyone get a flu shot,” Laursen expressed.

This vaccine will treat the upper respiratory influenza such as influenza A, influenza B, and influenza AB. Laursen is pleased that last year’s influenza strain will be in this year’s serum as a boost.

“Our vaccine is much better this year,” Laursen says.

Other colleges are having similar cases of allergy problems. The Health Department and Wellness center staff are often tipped off about potential illnesses from nursing staff in Des Moines, Grinnell, and Dubuque from colleges such as Simpson or Grand View.

“I’m in close contact with all the people in the Iowa Conference. We have a consortium of nurses that are in conversation a lot, weekly, and there’s nothing really standing out right now,” Laursen stated.

The only exception was a recent measles outbreak earlier in the month at the University of Iowa.

“Whenever that happens you always want to keep your eyes and ears open,” Laursen expressed.

As for now, the nurshing staff continues to watch over other colleges in order to gauge potential illnesses.