BVDT Dances to 3rd and 4th Finishes at State 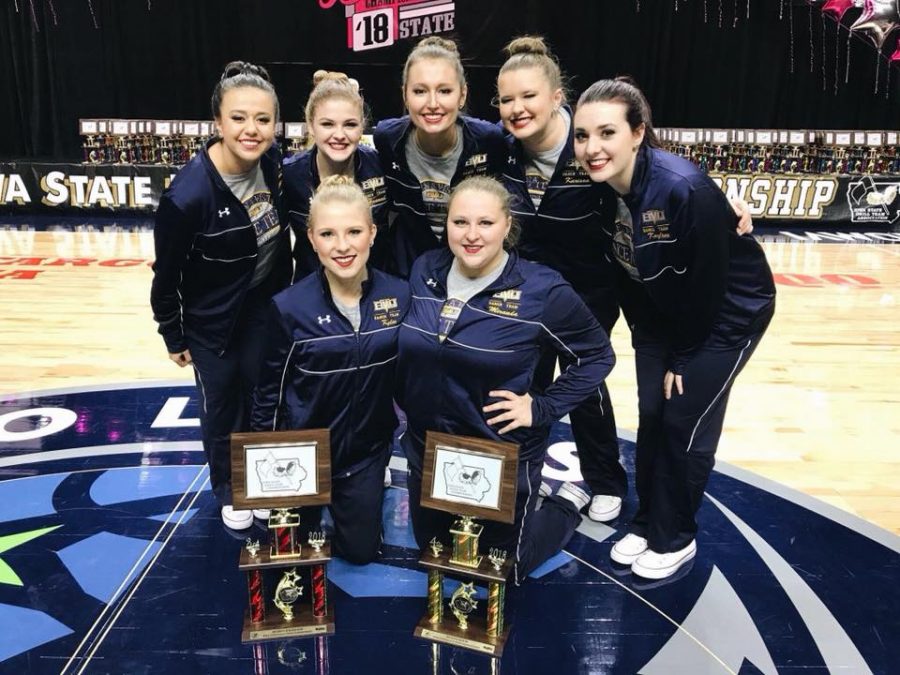 After a successful Buena Vista University (BVU) Christmas Dinner Thursday night, the BVU Dance Team (BVDT) quickly packed up and headed for the 2018 Iowa State Dance Team Championship competition. On Friday, Dec. 1, the team competed at Wells Fargo Arena and HyVee Hall in Des Moines with two dances, hip hop and pom.  The results were in by Friday afternoon, and the team achieved 3rd place for hip-hop in their division, and 4th place for pom.

“State is always a great time for us to see friends from other schools, watch some of the best dancers compete and do what we love,” Deering said.

The BVU dancers performed their hip-hop routine dressed in oversized sweatshirts and leggings. They took the floor in a different ensemble for their pom routine, which included leggings and a crop, for a change from the average “cheer-type” outfits, according to Martin.

BVDT practices three days a week, totaling eight hours a week, and adds practices when needed.  As a small team without a coach, the women have the benefit of a flexible schedule. Competing without a coach also means the team organizes their own routines, rehearsals, transportation and  performances.

“Not having a coach is difficult and being completely on our own this year without someone even standing in to help was a big change,” Deering said. “So I think we should be proud of how we’ve worked together as a team and excited for next year to come back even better.”

Martin also shared that Iowa has the largest number of schools going to the State competition in the nation, with 27 Iowa college teams competing during the two-day event.

The eight BVDT members have been working hard on their routines since September and will continue to work through March.

Check out the BVU Dance Team Facebook page for more information and to keep up with the team at https://www.facebook.com/BVUdance/.