Dixon-Eilers Elevator Stalls with Students on it 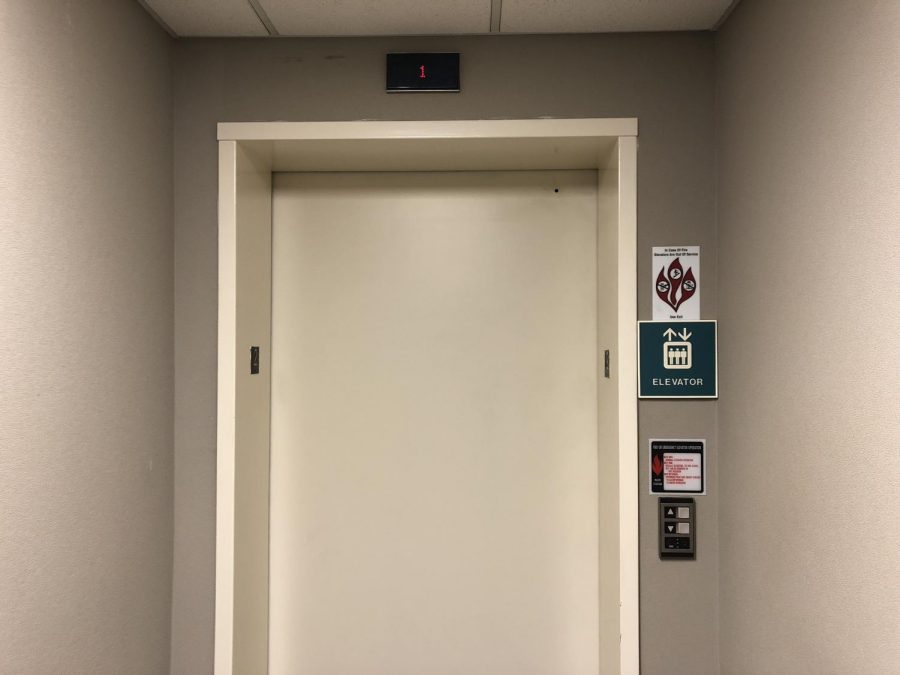 “We were almost to the third floor and we all heard a strange sound and kind of a jolt and then it just stopped,” senior, Hannah Appleseth said. “The doors wouldn’t open and we all just stood there because none of us really knew what to do.”

The students trapped were Appleseth, transfer junior, Jade Cunningham; and junior Haylie Book. When they noticed the doors weren’t opening, they pushed the alarm in an attempt to get someone’s attention. When an answer came, they asked what classes the women were in so they could inform their professors about their location.

Maintenance was performed on the elevator a week prior to the incident, which likely caused the stall, according to BVU Facilities Management Keith Schmidt. During the installation of new parts, they failed to adjust them correctly. As a result, the elevator stalled. The company came back in the following days to make proper adjustments.

“I was scared at first, especially since we were on the third floor,” Book said. “Mostly just worried it would fall or we’d be stuck in there for a while.”

For some students, they don’t have any option but to take the elevator. For Cunningham, this is her reality:

“It could potentially be a safety concern,” says Cunningham. “Especially for me, I am on crutches and this is why I was using the elevator in the first place. It should be up and running at all times, especially since it is the only one.”

Cunningham plans to continue using the elevator, but hopes nothing like this happens again.