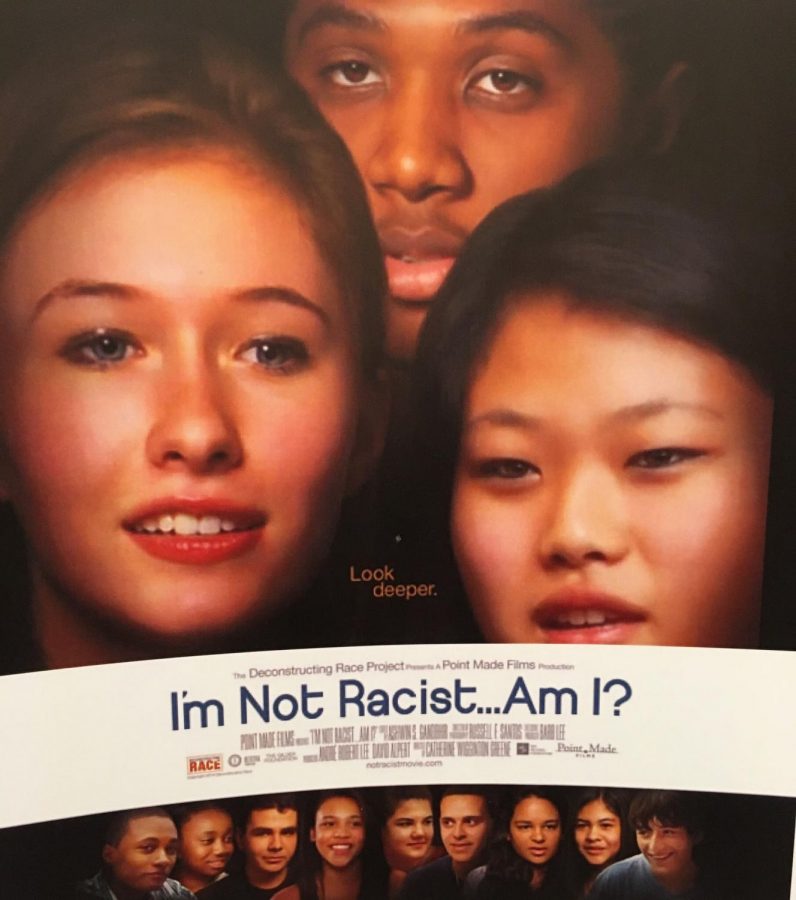 Attending a small liberal arts college in northwestern Iowa can feel a lot like living in a bubble, but I think most of us will agree that we certainly are not cut off from the harsh realities facing the rest of the world. Just last semester this very campus experienced a number of incidents involving racism, bigotry, and the ongoing fight for racial equality. Buena Vista University is meant to feel like home for faculty, staff, and students, but closed-mindedness and ignorance will never have their place on this campus.

In response to those events, BVU hosted an event on February 19th entitled “I’m not racist…am I?” as part of the Academic and Cultural Event Series. The event featured a private screening of a film following twelve high school students in New York City participating in various workshops to deconstruct systematic racism throughout the course of one academic year.

This group of teenagers included a diverse mix of genders, races, and socioeconomic backgrounds. The project leaders quickly dove into the topic at hand, and throughout the film viewers followed the thoughts and feelings of these young kids as they digested what racism means and what place it has in their lives. They discussed privilege and opened up to each other about the experiences they had incurred from their vastly differing points of view. They broke down the connotations behind usage of the N-word and explained to their peers why using words like “halfie” to refer to someone who is biracial is unacceptable. The film spared no topic, and at times I was able to feel the tension in Schaller Chapel rise as the subject matter became more sensitive.

One of the filmmakers facilitated an audience discussion once the viewing of the film concluded. He began by asking the audience to shout adjectives to describe what they thought of the film or how the film made them feel. Immediately silence ensued, as it often does at these types of events, but the first audible word came from a gentleman sitting one row behind me.

The filmmaker standing at the edge of the stage wasn’t able to hear him clearly, so he asked him to repeat himself.

After hearing the low gasps and seeing the reactions of those in the surrounding rows, the gentleman had changed his adjective. The rest of the audience quickly began offering similar responses.

An infinite number of emotions plagued me ranging from fury to bewilderment. I noticed that my hands were balled into fists. I couldn’t fathom that at an event hosted specifically to fight for equality one of my peers would openly shout, “Retarded.” I hoped that the gentleman sitting behind me had understood the gravity of his mistake, and I resolved to pay attention to the discussion at hand.

One of the most prominent themes from the film as well as the audience discussion was that we as humans need to actively engage when another person says or does something that isn’t right. To teach people that the terms they use when referring to people of a particular race or background aren’t acceptable, we need to speak out when it happens. Many audience members iterated over this idea, and I knew that I couldn’t sit through a half hour of it without saying anything to the person behind me who so casually used similarly offensive language.

After the event ended, I made sure to stop this individual before he left and let him know that his use of the word “retarded” was unacceptable. His response was, “Yes, it is.” Immediately taken aback, the only retort I had in my arsenal was, “Excuse me? No it’s not.”

“Yes it is. Freedom of speech. Don’t try to tell me what I can’t say.”

Nearly paralyzed in disbelief, I urged him to stop using the word as he sauntered away and back up the aisle of the chapel. He let me know that he wasn’t going to and continued strolling away. I was stuck for awhile in utter disbelief. This event had opened up a much needed dialogue about racism, and I believed that as a campus we took steps in the right direction because of it. Nonetheless, equality is a fight being fought on many fronts, and ignorance exists in many different fashions. Perhaps I don’t have the right words to explain why using the word “retarded” is offensive, and perhaps I don’t have the right words to explain why, even though he was fully confident in his use of the word, the gentleman felt the need to change his response once he saw the reaction of those around him. I do know how to speak up when I hear someone using language that oppresses another group of people, and I do know that I’m not going to stay quiet about it. Don’t agree with me? Come talk to me. Let’s open up another dialogue.