BVU Wrestling wraps up after a tough season 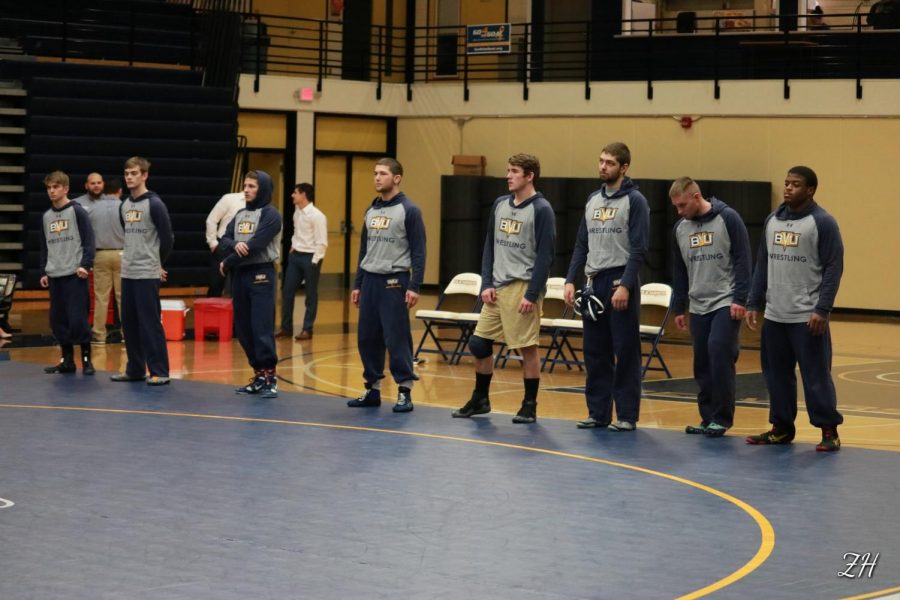 For the Buena Vista University (BVU) wrestling team, the 2017-18 season was tough. With a record of 1-9 overall and 0-8 in the IIAC, season expectations were difficult to fulfill.

“I don’t know that we achieved any of our expectations. We had a ton of injuries that derailed a lot of things. We were really excited about some of the freshman we had coming in and our returners and by the time we got to the Regional Meet we only had three people from our original starting lineup competing, so it looked a lot different than how we drew it up in October,” said Breese.

This past weekend, only seven athletes out of the 10-man lineup competed at the Regional Meet. Despite the end of the season concluding without any Beavers punching their tickets to the National Tournament, the beginning of the year began well against St. Olaf and Platteville  showing a lot of progress.

“We were excited because we felt like things were coming together. I think that was one of my favorite parts of the season,” said Breese.

With a full lineup, Breese felt the team had a chance to go .500 as a dual team. However, once the beginning of December hit, injuries plagued the team and they collectively fell short in a lot of areas.

“I think we had some issues dealing with adversity this year. We started out the year really close knit and everybody on the same page and then the injury pileup happened, and I don’t know if we stuck together as a team as good as we needed to or could have. It was a tough year for everyone and it’s hopefully one of those things that develops over time,” said Breese.

With a large group of underclassmen, Coach Breese felt the experience level of some athletes was not something they were used to, and as a result the season did not go as well as they had hoped.

“Part of being good in college is learning to deal with adversity and we didn’t deal with it as well as we could have,” said Breese.

“We’re really looking forward to having some guys punch a ticket to Nationals next year and we could have five Scholar All-Americans if guys stay healthy. We’re hoping to make it a great run for them on their way out,” said Breese.

As the season ended, emotions run high. Though the team did not rise to the standards set for them at the beginning of the season, Breese feels the team will rise to new heights next year.

“There’s still some sting of what we didn’t get done this year. But the sun will come up tomorrow presumably and we’ll be in the office. Next year starts tomorrow,” said Breese. “This year didn’t turn out how we planned or expected it to at all. It was about as bad as it could have been, but despite that I’m still optimistic about what can happen next season.”