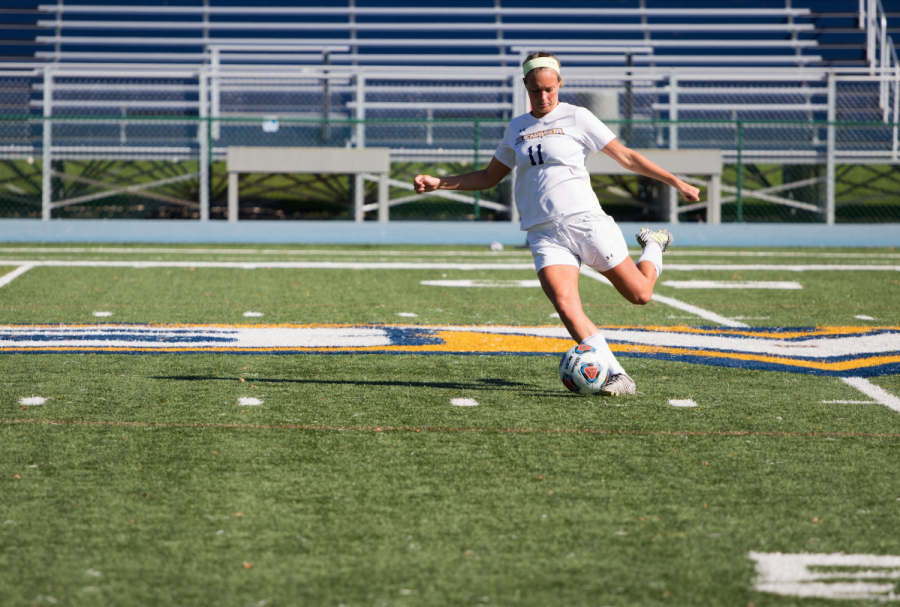 The Men’s and Women’s BVU Soccer teams are eager for their chance to once again kick the ball around outside.

With both squads coming off of disappointing 2017 campaigns, the teams have already begun their uphill climb to turn the university’s program around, and set a standard of success.

Last year, the Men’s team finished second to last in the conference, ending the year with an overall record of 4-13-1, grabbing one win in IIAC tournament games.

The men started off the year defeating Bethany Lutheran 4-0 with a pair of goals from senior Willy Salamanca. The squad then split their next two games, and went on a 1-9-1 run claiming their last win of the year in a home matchup with Coe.

Losing five key senior players, including All-Conference Honorable Mention Salamanca and starting goalkeeper Cesar Gonzalez-Ballesteros, the returning Beavers will be fighting for open spots on the field, and simultaneously bonding to strengthen their team as a unit.

Head Coach Ben McArthur enters his fifth season focusing on areas of improvement with his team during the offseason.

“The team is really working on being better in the attack going into 2018 season. The players have had a nice off season and look fit and stronger,” McArthur said. “We are really emphasizing decision making with the ball, and we are seeing improvement every spring training session. The returning players will all play key roles in the fall and we look forward to 2018 season.”

The Women’s squad fared worse last season, placing last in the conference with an overall record of 2-15-1 with no IIAC victories.

The women began their 2017 campaign with a favorable schedule, and took advantage of it. They defeated Bethany Lutheran with an attack spearheaded by senior Caroline Maher, who bagged two goals. They then outlasted a tough Martin Luther team in double overtime, where a pair of own goals for each team finished the game at 1-1.

After a loss, the team recovered in a big win against Wisconsin-Superior with a score of 3-1. The team lost two 2-1 matches in overtime, and the Beavers lost control.

After dropping 12 games in a row, the team finished their season far off pace and disappointed with the results.

However, individual performers for the Beavers stood out with four members of the squad being selected for the All-Conference Honorable Mention team, including sophomore middle defender Ella Wiebusch, leading the backline.

“I truly believe that in order for us to improve upon last year’s season we need to trust the process. Consistently working hard in practice and not taking things lightly is important,” Wiebusch said. “Working hard in the offseason when no one is around to push you will test if we really want it. I know we have what it takes to be successful, it’s just a matter of putting in the work and staying positive.”

Wiebusch is pleased with the progress her team has made in winter training this offseason.

“The highlight of the offseason for our team has been getting together and competing in an indoor league, playing pickup, and pushing each other in the weight room. We have gotten stronger, as well as learned how to connect with each other on the field; we are recognizing where our teammates are going to be,” said Wiebusch.

Both squads will kick off their 2018 seasons in late August, looking forward to a great start of the season with nice weather. The teams’ positive attitudes for change is telling of how hard both teams work.

“If we can continue to change our mindset and create a positive culture, we can accomplish big things,” Wiebusch said.