Ink in the Workplace?  Tats Still Up for Debate 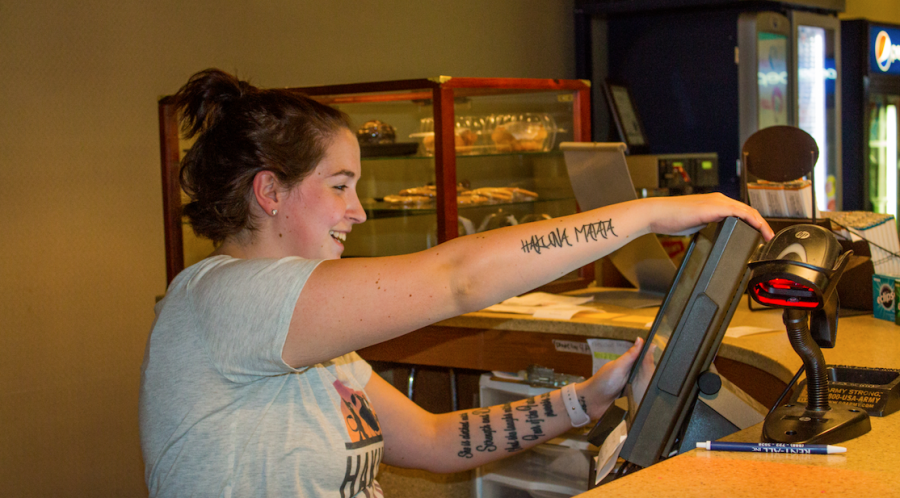 As a college student in 2018, I feel as though I’ve been able to witness a lot of change over the controversy of tattoos, and all forms of body modifications, throughout my years of schooling.  As a ‘90s baby, I’ve seen a change in the rock music scene.  Entering elementary school in the early 2000s, I saw kind of the end of the “‘90s grunge” era, the formation of the “early 2000s (pop) punk” era, and the “mid-2000s to the early 2010s emo” era.

I’ve always been a fan of concerts and music festivals like Lazerfest and Warped Tour.  Being a fan of the rock music scene, I think a lot of my own style has been influenced by the music that I like. I think a few of us can remember high school: the kids with the ripped skinny jeans, band tees, Kandi bracelets, piercings, Converse or Vans, and crazy hair that took longer to tease up than it ever lasted during the day.

Okay, obviously not everyone in high school is into the same things.  But whether you were the athlete, the brain, or the kid with the band merch, there’s one thing that we all couldn’t (legally) get until we were 18–tattoos.

Towards the end of high school and entering college, it seemed like almost everyone I knew was getting tattoos.  I’m just one in the crowd.  I remember in high school, constantly seeing people share posts and images about fighting for tattoos in the workplace.  In high school I worked at a restaurant and thinking back, probably 90% of our crew had at least one tattoo.

As a tattooed person, my opinion on tattoos in the workplace is that they must be “appropriate.”  I understand that this would need to be defined.  What I mean is no crude language or vulgar images.

I think that overall, it has just become so normalized to see tattoos in the workplace that it just doesn’t shock people as much anymore because it has become so common for people to have tattoos.  Twenty or thirty years ago it may have still been considered “taboo” to see someone with exposed tattoos in the workplace.  But now that a lot of people have tattoos, does that mean that no one will have jobs?  Of course not!  I think that over the last five years or so there has been a drastic change in opinion of tattoos and body modifications (mods) in the workplace, and that this positive view will persist.