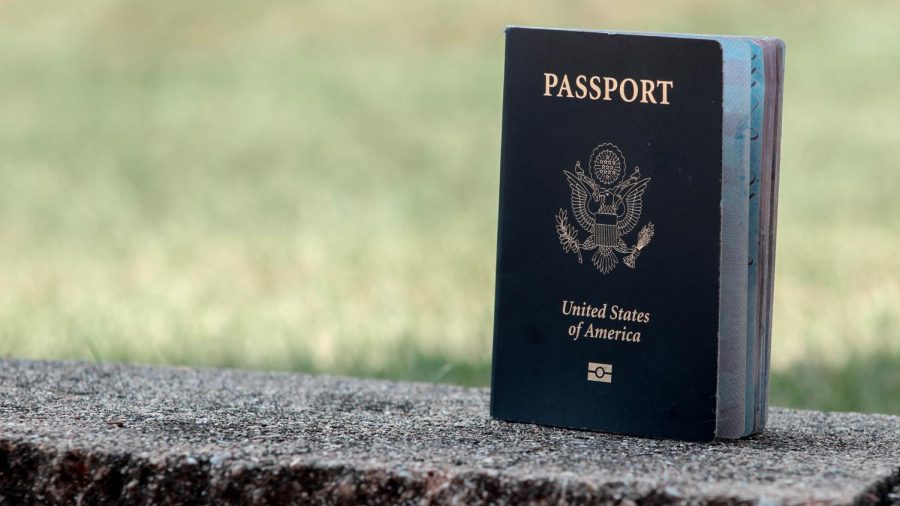 Once upon a time, Buena Vista University (BVU) decided that they wanted as many students as possible to travel the world. In the past, the associate dean of faculty’s office ran a program, and the Deans Fellows and Honors Programs ran a separate program alongside it, each one offering students the opportunity to get their passport.

In her second year directing the Deans Fellows and Honors Programs, Dr. Laura Bernhardt is now in charge of guiding students through the process of obtaining a United States passport. And the best part? It’s free.

“Students who are of sophomore status and have an on-campus GPA of 2.75 or better are assisted in getting a passport, and we cover the application and processing fees,” said Bernhardt. “And for all of those in Deans Fellows or Honors, I will help them get a passport regardless of their year.”

Junior Deans Fellows member Katie Voortmann was able to use the program for traveling, identification purposes, and job applications.

“I totally recommend the program to other students,” said Voortmann. “Even though it takes a little bit of information and time to do the actual process, it can be very beneficial down the road, even if you have nothing planned right now. Also, it’s free so you have nothing to lose! And what college student doesn’t like free things?”

So how does this process work exactly?

It starts with a meeting in the early fall, where all the qualifying students are notified that they can apply. They are walked through the process and receive help figuring out what information they need. As it turns out, getting a passport in the United States requires jumping through a few hoops, the trickiest of which is providing evidence of citizenship.

“I’ll spare you the extensive explanation of how complicated it is actually, to prove citizenship, no matter where you were born, or when in the United States,” said Bernhardt. “Sometimes all it takes is somebody putting a typo in the form to make your life ridiculously hard. But that’s our goal; we want to assemble evidentiary documents.”

“In this case, that’s what we do. We direct people and send them straight to travel.state.gov, and we work through the process there,” said Bernhardt.

After going through all the hoops to apply, students bring Dr. Bernhardt all the supporting documents, and are then required to get an acceptable photograph taken.

In past years, a free photograph was offered on campus, but it turns out that it is surprisingly tricky to follow the rules properly. Bernhardt recommends simply going down to the courthouse and letting them take care of it, because they know how to get the job done properly.

“If students get me all this stuff, this year, they have to get it to me by Oct. 8, then on Oct. 12, the County Recorder will send someone over here,” said Bernhardt. “They’ll take your stuff, they’ll make sure you’re you, and then check and make sure you filled things out properly.”

While everyone fills out a reimbursement form, students still need to pay $110 to the Federal Government, $35 to the county, and $10 for a photograph.

Overall, students here at BVU can pay $155 to get a passport, $145 of which is covered by the university.

Last January, Voortmann had the opportunity to go on a Holocaust trip, highlighting important places such as Germany, the Czech Republic, Poland, and Israel. The students had to have their passports to enter into these different countries.

“We also got our passport stamped which was pretty cool because you can keep track of where you have been in the world. They can also be used domestically when flying as a form of identification,” said Voortmann. “Originally, I had gotten the passport to have in case I wanted to travel, but it ended up being a really good thing because the Holocaust trip was a great experience!”

This year, 15 students are signed up to benefit from the program.

“All part of what we’re doing is helping people walk through the complexities of an already fairly rigorous process,” said Bernhardt.

If you have additional questions or require assistance, please contact Dr. Laura Bernhardt ([email protected]) for an individual appointment.