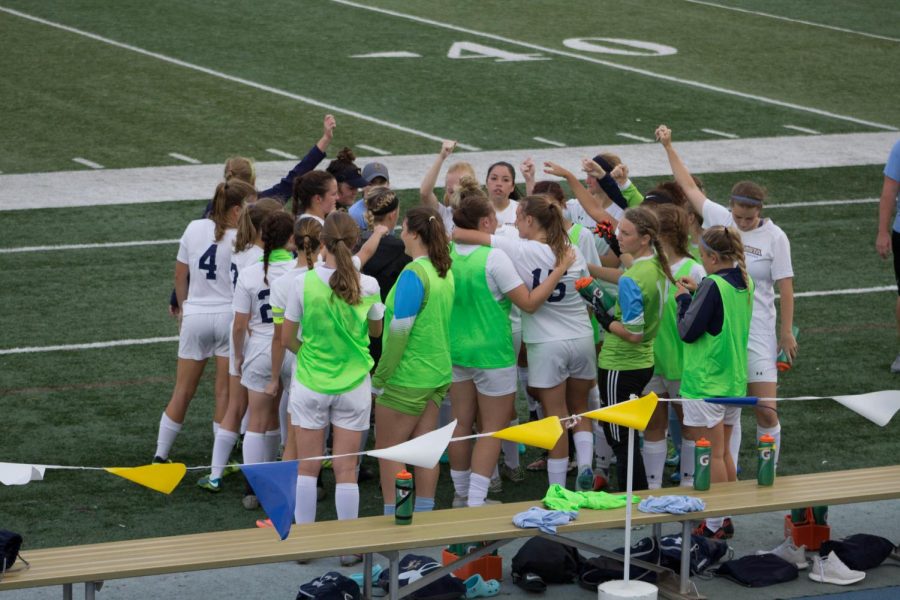 As the final whistle blew to end Nebraska Wesleyan’s rout of the Buena Vista Women’s Soccer team, it also concluded the 2018 season for the Beavers. Finishing with a 1-14 record and without a conference win on the year, the team failed to meet their expectations.

Saying goodbye to six seniors, the returning members of the team were also shocked to learn this past week that their two coaches would be resigning from their roles.

Head Coach Sheena Van Roekel and Assistant Kyle King privately told the members of the team they would not return for the upcoming season. Junior defender Ella Wiebusch, a key member of the team’s defense, says the team understood the reasoning behind the decision.

“We were somewhat surprised, but know we have not been successful these past few years and that at the collegiate level when that happens, changes are made.” says Wiebusch.

Though the players admired their pair of coaches, the desired results haven’t shown up for the Beavers in the past few season. Posting a record of 1-14 this year, and going 12-53-5 from 2013-2017 since Van Roekel took over, the Beavers also haven’t recorded a conference win in this time.

However, in Van Roekel’s five years at BV, she’s connected with the team members. Coaching one second team and four honorable-mention American Rivers (formerly IIAC) selections, her team has also claimed an impressive 24 spots on the Academic All-Conference team.

In Coach King’s four years at Buena Vista, he was a vital part in bringing the team together and helping the newcomers bond with returners.

“The fact that the coaches were able to bring together the group of women we have here today is something we are grateful for. Coach Van Roekel always said she was proud of us and was confident in our abilities, and Coach King’s humor and ability to listen to our struggles are things that we will miss about our coaches,” says Wiebusch. “I also would like to note that we want to support the process for hiring a new coach and look forward to next year.”

Entering the offseason without coaches and no Director of Human Performance to lead the squad’s lifting sessions, the Beavers face a tough time. However, the team has banded together in the weight room.

“ I think a lot of the girls are taking it upon themselves to really get into the weight room or doing their own running workouts,” says junior goalkeeper Katie Voortmann. “Being a college athlete, a lot of what it takes has to come from within. You have to want to keep working out and doing the workouts it takes to become stronger and faster. I know there are several girls who are working out with each other to hold each other accountable for actually doing the workouts.”

Voortmann has already seen the positive effects from the offseason begin to build as well.

“I think one positive from offseason training is that we are taking the initiative to still do our workouts even though we don’t have someone telling us to do it. We have also gotten a lot closer in the offseason because we have to hold each other accountable.” says Voortmann.

There’s been no public statement made on the coaching change yet, but Buena Vista University Athletic Director Jack Denholm is looking for candidates to take over the job(s).

“There’s really not much information at this point we are just in the process of screening applicants; it’s pretty early in the process.” says Denholm.