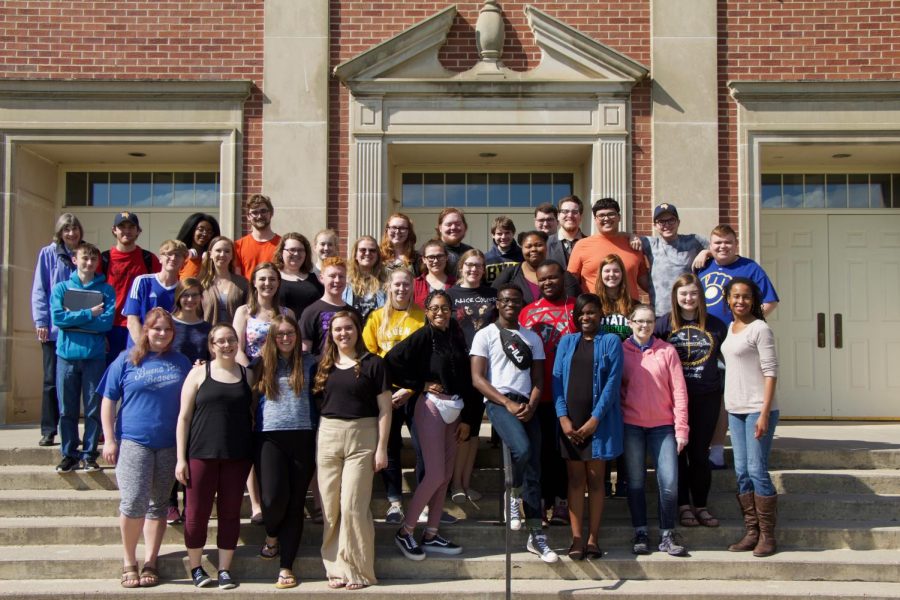 As many of us know, this is Dr. Merrin Guice-Gill’s final year at BVU. She will be moving forward and taking the next step in her career at Bethel University in Minnesota. When this news was announced to the choir, hearts were broken, and many tears were shed. She has touched so many hearts in her years here and influenced so many lives.

When I first met Dr. Guice I was a freshman going to talk to her about singing at the Christmas dinner. I had never met her before, and I was incredibly nervous. I remember her smiling as I sang, even though I knew that I was messing up and I didn’t think I sounded very good at all. She told me that I could sing at the dinner. After I sang, she asked me to consider taking voice lessons, so I did.

Although I’ve only known Dr. Guice for a year and a half, she has greatly influenced my life. She has helped me grow in my ability to sing and to (slowly) build more confidence in my voice. She encouraged me to rejoin choir after I thought that I had given up on it permanently in high school, and she has gotten me to love it again!

Watching Dr. Guice teach us new music and conduct the choir at concerts, even before I really knew her or joined the BVU choir, I thought it was incredibly obvious that she loves what she does. She’s very passionate about not just the music but also helping her students to grow and improve. She pushes us when we feel like we’re stuck or when we think we’ve gotten as good as we’re going to get, because she knows that we can do better. She sees potential where no one else does, and she works to pull that potential out for others to see.

Dr. Guice is an amazing individual and her new students at Bethel University are very lucky to have her in their lives. I think I speak for the entire choir when I say that we all wish for her future success in her journey at her new university with her new choir. I know that she will touch their hearts the same way that she has touched all of ours. She will mold and shape them into an amazing choir, and I know that she will influence their lives the way that she has influenced my life and so many others.

We all hope that our paths intertwine with hers, again, somewhere down the road. She is a valued member of the faculty here at BVU, and she will be greatly missed by all who have had the pleasure to know her in her time on campus. Although we are all happy for Dr. Guice, after graduation we will all say one of the saddest goodbyes.

With love in ours hearts,

We thank you for everything that you have done for us, Dr. Guice.