My Picks for the Top Ten Best Documentaries on Netflix 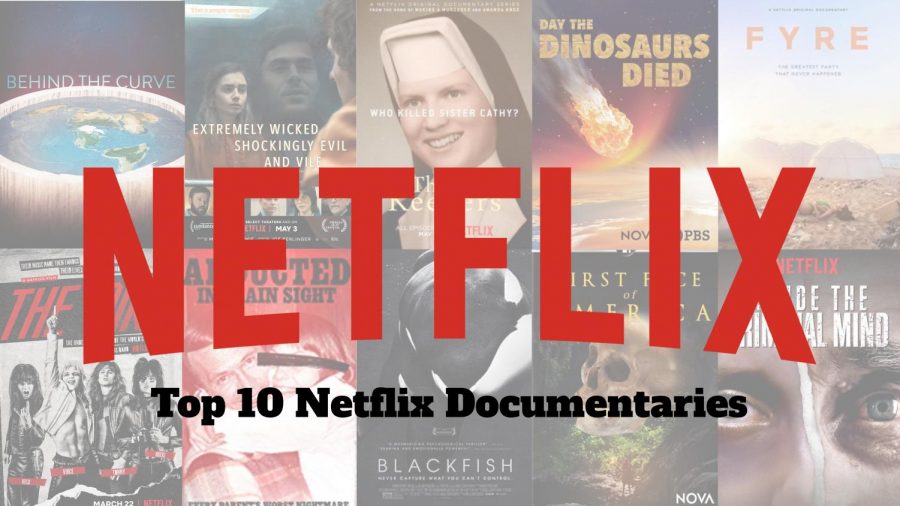 Documentaries allow us to see explore places we’ve never been before and experience different situations and instances in history.  Here is a list of my top ten recommendations for must-watch documentaries on Netflix.  Being that they’re all so great, I couldn’t decide what order to list them in, so I have laid them out in no particular order, each with a short description written by Netflix that will hopefully spark your interest!

“This fascinating documentary examines the life of the performing killer whale Tilikum, who has caused the deaths of several people while in captivity.”

Inside the Criminal Mind

Episode 1 – “Serial Killers”: “Criminal profilers and neurological experts weigh in on what drives serial killers and whether certain people are predisposed to murder.”
Episode 2 – “Kidnapping”: Why do they do it and how do they get away with it?  Step into the minds of history’s most heinous kidnappers, including Ariel Castro and Joseph Fritzl.”
Episode 3 – “Cult Leaders”: “Though cults take on many different forms, they all tend to have one thing in common: an all-powerful leader whose word cannot be questioned.”
Episode 4 – “Crime Lords”: “Crime lords John Gotti, Pablo Escobar, El Chapo and Al Capone capture the public’s admiration despite – – or because of – – their heinous acts.”

The Fyre Festival was billed as a luxury music experience on a posh private island, but it failed spectacularly in the hands of a cocky entrepreneur. (Also check out Hulu’s coverage of the almost-festival, entitled, FYRE FUAUD)

Single mother Liz falls for Ted Bundy and refuses to believe the truth about his crimes for years.  A drama based on a true story.” (Also check out Netflix’s Conversations with a Killer: The Ted Bundy Tapes)

“Meet the growing, worldwide community of theorists who defend the belief that the Earth is flat while living in a society who vehemently.”

“Drilling into the impact crater of the asteroid that wiped out the dinosaurs, a group of scientists unearths new evidence about the catastrophic events.”

“During risky expeditions in an underwater cave, scientists unearth a 13,000-year-old skeleton to gain insight into the earliest known humans in America.”

“In this true crime documentary, a family falls prey to the manipulative charms of a neighbor, who abducts their adolescent daughter.  Twice.”

“This docu-series examines the decades-old murder of Sister Catherine Cesnik and its suspected link to a priest accused of abuse.”