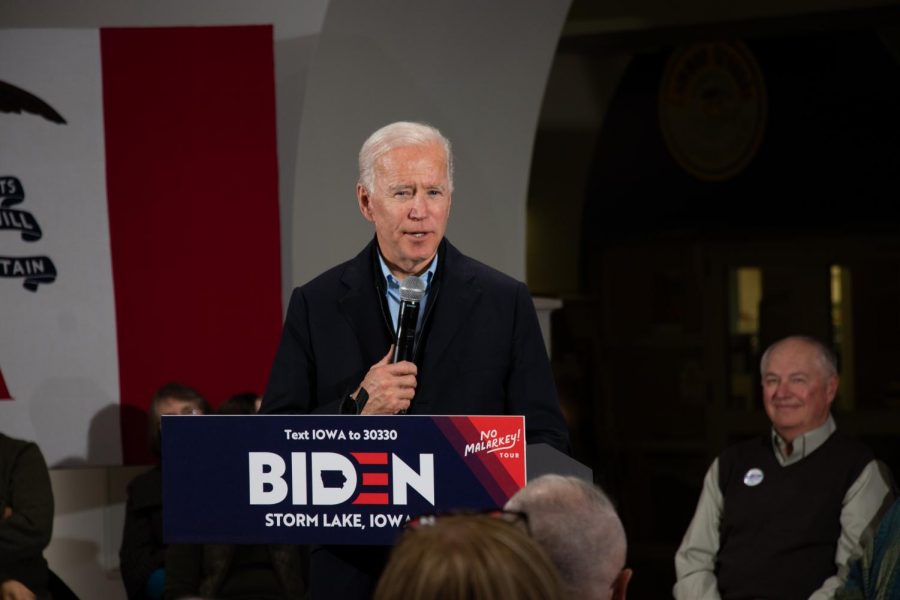 On Joe Biden’s eight-day “No Malarkey” tour across Iowa, he orchestrated a stop at Buena Vista University. The Fireside Lounge sat silent to give Biden full attention on the afternoon of Dec. 1.

Biden aimed to connect, rather than influence the Storm Lake community on their actions in the upcoming election. Placing emphasis on his small-town upbringing as “Scrappy Joe Biden from Scranton,” American values were at the core of discussion. His focus is the people’s perspective of America and their resulting impact in dictating the country’s course. 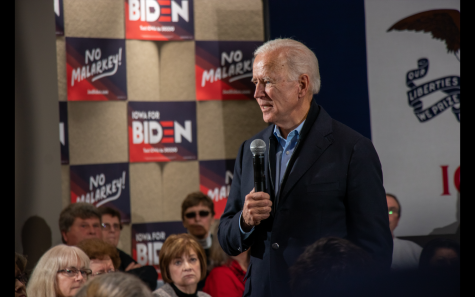 “You are the soul America. You do have the values that represent who we are,” Biden said.

Biden feels the country’s backbone needs restoration. According to his statistics, over 56% of people in America believe their children will never live to experience the standard of living the same as theirs growing up. He argues that people who are not given the chance initially need to be given fair opportunity.

As Biden lingered after the event to chat and take photos with the community, the Vilsacks did as well. Biden’s vision includes the utilization of agriculture through progressive solutions for this issue. Mr. Vilsack specifically drew attention to the younger generation’s concerns for climate change, stressing Biden’s plan can create new job opportunities, generate conversational awareness, and enable America to take global leadership reins in this arena.

According to Mrs. Vilsack, for those who choose to make rural America their home, these jobs offer more than the money aspect in their appeal for young people, although they pay well, providing support for a family.

“They want something that’s exciting, and the newest, most exciting jobs are all going to be connected to agriculture in some way,” Christie adds. “Whether you’re an engineer or you’re a designer of some kind.” 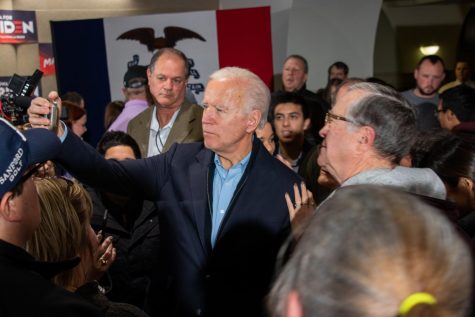 Biden shook hands and interacted personally with the multitude that remained after the event. When asked about the role of college students in the upcoming election, Biden gave insight on how young people can make a difference in the outcome.

“If college students vote in the same percentage the rest of the population does, there will be another four million votes out there. You can own the next election. Go own it.”