Beaver Basketball Goes 1-3 on the Week; Looks to Bounce Back with Four Games Left 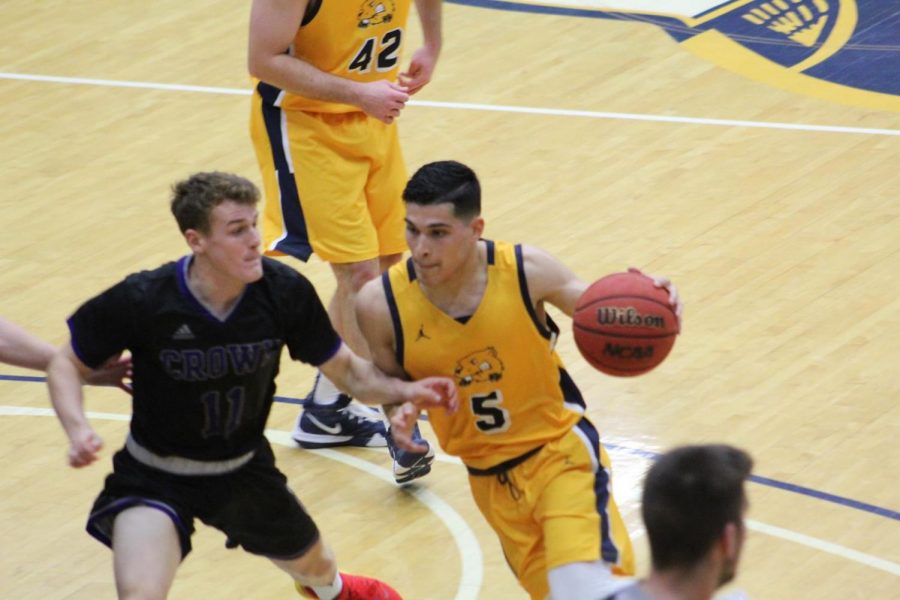 It’s been a season of both highs and lows for the pair of BVU Basketball teams.

While the Women have yet to claim a conference victory on the year at 1-20 overall, the Men continue to clamp down on defense with a record of 16-5.

A big week at home in Siebens Fieldhouse proved the chance for both squads to claim victories on their home court, but the teams came away on Saturday night with a record of 1-3…and something to prove in their final stretch of games.

Facing off with the Loras Duhawks to begin the week on Wednesday, January 8th, the Beaver Women faced a tough challenge.

Being ranked #13 in the nation in Division 3 Women’s Basketball and having dominated Buena Vista on their home court 102-60 in the reverse fixture, the Duhawks came to Storm Lake looking for more of the same high energy offensive play.

However, Coach Wells and the Beavers sought to play spoiler; after a first-quarter that saw the Beavers on top 13-12, the Duhakws had to respond.

An improved second quarter from Loras saw the visitors take a 31-27 lead into halftime, and a +13 point differential in the 3rd period in favor of the Duhakws stopped the Beaver momentum.

Loras would come away with the victory on the day 70-50 over BV, though the Beavers saw much improvement in their play from the last time out against the Duhawks.

Leading the way in points for Buena Vista would be Sophomore Nicole Lange, while Senior Destiny Einerwold grabbed nine rebounds as well.

With a three-day break separating a pair of games, the Beavers took to the film room and came back out on Saturday against Dubuque who also took down Buena Vista in Dubuque the first go-around.

Unfortunately for the home side, Dubuque would also complete their season sweep over BV. Despite the 17 point effort from Junior Erin Gerke, Buena Vista could not overcome a 12 point deficit at the half and fell to the Spartans 74-66.

Halfway through the third quarter, Coach Wells would make a full five-woman change on the hardwood. With three freshmen in Emerson Else, Emily Newton and Vanessa Hamlett alongside a pair of sophomores in Christina Schauer and Nicole Lange, a young underclassman core took control of a loose game.

“The crowd got to see the future of the Beavers. We weren’t executing what we talked about at halftime,” says Coach Wells. He adds, “Defensively, they fought for it every second. We had some spark off the bench which was a great surprise.”

With just four games left on the schedule, the Beaver Women and their pair of Seniors in Destiny Einerwold and Kiara Sporrer have little time left to claim a statement win.

The ladies are back on the hardwood in Waverly on Wednesday night to take on the Wartburg Knights, and then face off with Coe, Central, and Simpson to finish out the season. All four teams have winning records, while Wartburg is ranked 9th in the nation.

Already taking a huge overtime buzzer-beater victory over a Loras side that was receiving national ranking votes at the time back on January 8th, the Beavers appeared to have the advantage over the Duhawks.

However, Loras would come out firing on all cylinders on the road against BV.

After a tight first half that saw multiple lead changes, the Duahwks entered the break on top 35-32.

Out of the intermission, Buena Vista would fight their way back into a winning position up by five. Loras had other plans.

Shooting 7 for 13 from the three-point line in the second period, the Duhawks ran away with a 90-83 revenge victory over the Beavers despite the 19 point outing from Storm Lake Junior Michael Demers for BVU.

Now facing a three-game losing streak given to them by Nebraska Wesleyan, Luther, and Loras, Buena Vista would have to answer the defensive call from Coach Johnson on Saturday night.

Doing just that as the Dubuque Spartans rolled into town, the Beavers enacted their defensive domination, holding the Spartans to a 17 point first half compared to BV’s 41 total.

Though Dubuque outscored BV 53-40 in the second period, the damage was done.

Buena Vista would snap their mid-season skid with an 81-70 victory, once again led by Demers with a team-high 20 points alongside Tim Jeffries’ 18 point outing and a Brendan Gary double-double with 12 rebounds and 15 points.

Like their female counterparts, the Men’s team travels south to Waverly to take on Wartburg this Wednesday night. The Knights sit at 9-12 overall and are 5-7 in ARC matchups. The Beavers conclude their year with Coe, Central and Simpson and well on February 22nd.