‘Feminist’ as a derogatory term 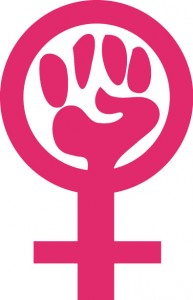 What do you think of when you hear the word feminist? Is it a woman who screams at all men because she doesn’t feel that her rights are recognized? Is it a woman with signs standing outside of a building to protest against the injustice of the system? If you answered yes to these questions, you are not alone. But feminists are a lot more than just the typical stereotypes we hear about everyday.

Feminism, according to the Merriam-Webster Dictionary, is defined as (1) “the theory of the political, economic, and social equality of the sexes” and (2) “organized activity on behalf of women’s rights and interest.” It says nothing about women fighting against men or fighting solely for their own rights, as many believe. Feminists don’t hate men; they fight to be treated equally.

Since starting college and declaring my minor of Gender and Women’s Studies, I always get the question, “…and what are you going to do with that?” My response always entails, “I am going to advocate for what I believe and know that I have others around me who feel the same with gaining the justice each individual deserves.” Being a feminist is not about wanting to make what’s right for me and being a “femi-nazi”; it’s about fighting for social justice. Having this minor has really opened my eyes to the many different social problems going on in this world. It’s not just about the typical “women should be in the kitchen and men should be in the workplace” idea anymore.

Browsing the Internet this week, I came upon an article written for Glamour magazine entitled, “6 Famous Women Who Say They’re Not Feminists”. My question for them, of course, is why not? The main consensus between them all is that feminism is a derogatory term and has bad associations placed upon it. They talked to dominant women such as Lady Gaga and Gwyneth Paltrow. Lady Gaga felt that she couldn’t claim the title of feminist because “I hail men and I love men.” Being a feminist has nothing to do with hating men – it’s about what’s equal for everyone.

This article really had me thinking about feminism in general. If women, such as Lady Gaga, who work for the equality the LGBT community but won’t stand up and say they are a feminist, what does this have to say about the association of the word? The powerful singer from Iceland, Bjork, stated, “It would isolate me. You could probably call my mother a feminist and I watched her isolate herself all her life from men, and therefore from society.” Yes, her mother may be a feminist but not only for these reasons. Just as in politics, there are different levels of feminism.

Think about this before you do or don’t want to claim the term of “feminist.” A feminist can be anyone and everyone. Feminism is so much more than those everyday little jokes and bad associations; it’s truly about fighting for the equality and justice of everyone, not just the females.