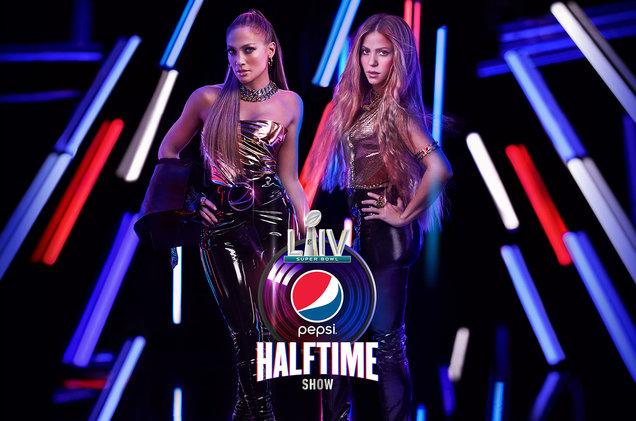 While watching the San Francisco 49ers face off against the Kansas City Chiefs for the 54th annual Super Bowl, I was excited for end of the second quarter. Although I am a typical American football fan, I was definitely looking forward to the halftime performance, rather than the actual game. Jennifer Lopez and Shakira were set to perform at halftime and took the stage as the first two Latinas to headline the show. As a longtime fan of both women, I had been anticipating this moment since it had been made public that the superstars would perform together.

As Shakira took the stage, followed by Jennifer Lopez, I was immediately engaged. I was mesmerized by these powerhouse women.  Shakira and Jennifer Lopez featured pieces of their performance that were unique to them and their culture. From Lopez’s Puerto Rican flag, to Shakira’s Colombian dance style, I was impressed and inspired by the performance. Having now seen the halftime performance on YouTube approximately 10 times since Feb 2, I can confidently say it was my favorite performance to date. Unfortunately, not everyone feels the same.

Since the performance, there has been an abundance of comments, both positive and negative, regarding the outfits the women wore, the dance styles, the bilingual performance, and the content of the show. Of course, to my surprise, many people who watched the halftime performance thought that both women should have worn more conservative clothing, or should have danced more modestly, and some reviews even suggested that the whole performance should have been in English. To all of which, I disagree.

Many reviews claimed that Shakira and Lopez provided a show that objectified women. However, these women aren’t the ones responsible for the objectification of themselves. The people to blame for this are the ones that are doing the act of objectifying and sexualizing women. We as a society shouldn’t teach women to be reactionary to the views of people who might sexualize and objectify them, rather teach people not to look a women’s clothing and turn them into sex objects. Shakira and Lopez shouldn’t have to fear the opinions of others because they decided to wear an outfit that showed their legs or stomach.

Additionally, people raged over the dancing that was not familiar and the songs that were partially sung in Spanish. As two proud Latina women took the stage for the first time in Super Bowl history, I would have expected nothing less than for these women to proudly represent their history and their culture. People who spoke out against these aspects of the performance should educate themselves on the uniqueness and importance of other cultures, and be grateful that Shakira and Jennifer Lopez graced our presence for a halftime performance, one that I will tell my children about.