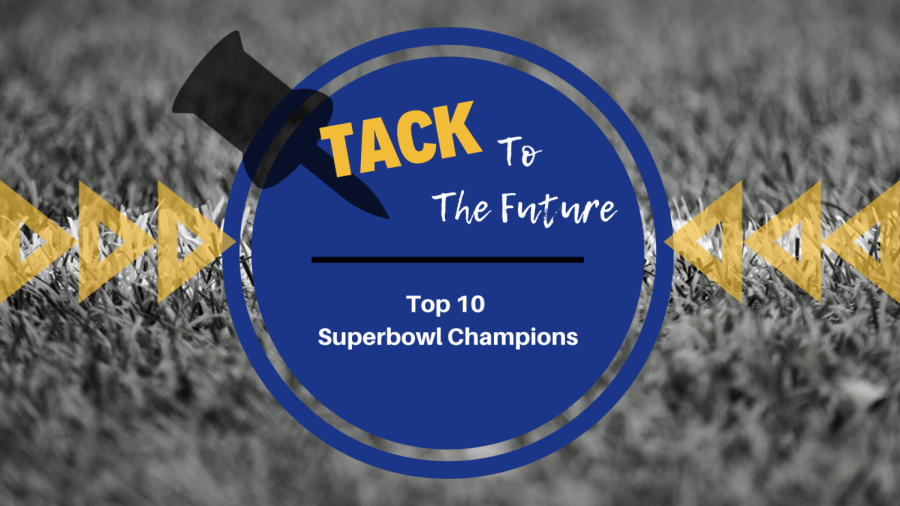 By the time you read this, you’ll know who won Super Bowl LIV (unless you live under a rock with no internet), between the 49ers and the Chiefs. Over time we may even consider the winner of Sunday’s game one of the best Super Bowl champions of all time but as of right now there are ten champions out of the (Current 53) that stand out above the rest. I will be listing the top ten Super Bowl winning teams of all time. For this list I decided not to list the same franchise more than once unless there is a fifteen-year gap between the two teams. For example, if I listed the 1998 Broncos, I couldn’t also list the 1997 Broncos, but I could list the 2015 team. Let’s get started.

The Seahawks posted a 13-3 regular season record and earned a trip to the Super Bowl XLVIII at Met life stadium, where they faced one of the greatest offenses of all time, the Denver Broncos, lead by 2013 league MVP and future Hall of Fame Quarterback Peyton Manning. That same offense clashed with one of the most iconic defenses of the past decade, the “Legion of Boom”, which held Denver to eight points in comparison to their 43. Winning the franchises only Super Bowl to date (Thanks to Pete Carol passing the ball on the one–yard line in the following year’s Super Bowl)

This was the franchises first title since the Vince Lombardi lead Green Bay Packers of the 1967 season. Green Bay’s greatest ever team came in 1962, which was in the Pre-Super Bowl days. That season they won the NFL championship against the New York Giants. However, their greatest team since the 1966 season came thirty years after they won Super Bowl I. Brett Favre’s Packers not only lead the league in scoring offense but scoring defense too. This team featured league MVP Brett Favre, and Hall of Fame Defensive end Reggie White, but the star of their Super Bowl win was a return specialist named Desmond Howard, who accumulated 244 total return yards, including a 99-yard kick return for a Touchdown.

The Greatest Show on turf recently added a new member to the Hall of Fame, Rams legendary receiver Isaac Bruce. Their high-powered offense was well worthy of their “Greatest show on turf” nickname. The most impressive part of this team was QB Kurt Warner, who had one of the most unlikely seasons in NFL history, going from Arena League football player to Super Bowl MVP, passing for 41 Touchdowns in the process. As great as their offense was, the first Super Bowl of the 21st century came down to a spectacular tackle by Rams Linebacker, Mike Jones, stopping Titans receiver Kevin Dyson a yard short of the endzone in a 23-16 win to capture the Rams’ only Super Bowl win in team history.

I had to put on of Joe Gibb’s Redskins teams here. It was a close call between the ’91 and the ’82 Redskins with Theisman and Riggins. As great as they were,

I couldn’t justify putting a team that only played half a season (with the 1982 NFL strike) on this list over the 1991 team. If the ’82 team played their full 16 games, I have no doubt they would be on this list in place of the ’91 team. That being said, the 1991 Redskins team was fantastic. They beat the Buffalo Bills in Super Bowl XXVI 37-24, making Joe Gibbs the only coach in NFL history to win three Super Bowls with three different Quarterbacks. This team however was not about the Quarterback it was about the “Hogs” upfront and their exceptional offensive line play. Plus, their 1,000-yard receiver Art Monk, who paved the way for a 14-2 regular season and championship season.

The 1986 Giants were the only team in NFL history to feature a Linebacker that won NFL MVP, and he certainly deserved it, posting 20.5 sacks. Taylor may not have been quite as dominant if it weren’t for a man named Bill Belichick, who designed schemes that put all of his players in position to make plays in every single game. The same basic philosophy allowed him to win three Super Bowls in the early 2000s with the New England Patriots. But this was Parcells’ team, and it took him just 4 years to turn the Giants into champions, losing only two games, one in a close game against Dallas on opening night, struggling to stop former Heisman Trophy winner Herschel Walker. After that first game they never looked back and dominated the league, ending with a 39-20 victory over John Elway’s Broncos at the Rose Bowl in January of 1987.

This team at full strength could have easily gone 16-0 but instead they went 12-4, losing their first two games due to their star Running back, Emmitt Smith not being signed, and another two due to him being injured. Once Smith joined the Cowboys in week three, the team cruised, even in the absence of Quarterback Troy Aikman, who was replaced by former Cleveland Browns QB Bernie Kosar. The most memorable game of this team’s season came in the regular season finale against the Giants for the number one seed in the NFC. Emmitt Smith, the league’s most valuable player that year dislocated his shoulder but played through the pain to lead his team to victory. The playoffs were a breeze for Jimmy Johnson’s Cowboys, so much so that Johnson guaranteed the Cowboys would beat the Steve Young and Jerry Rice lead San Francisco 49ers in the Championship game. Which they did easily, taking a 28-7 halftime lead and winning the game 38-21. The following week the Cowboys won their second consecutive Lombardi trophy, but it would be the last under Jimmy Johnson. The Cowboys, despite winning another Super Bowl in 1995, would never again be as dominant as they were in Johnsons last season.

There were a few Steeler teams to choose from but the ’78 team stands out the most. Everybody knows how dominant the Steel curtain defense was, with the likes of Joe Greene, Jack Lambert, and several others that have been enshrined in Canton. But the ’78 team’s offense was also on par. Terry Bradshaw was at the top of his game and had the likes of John Stallworth and Lynn Swann to throw to and Franco Harris to hand the ball off to, with holes being opened by Steeler legend Mike Webster. This team won a close game with the Cowboys in what was the most exciting Super Bowl of all time.

This was certainly Bill Walsh’s finest team. It was a close call between the 1989 team, coached by Walsh’s predecessor George Seifret, and the ’84 team. But the ’84 team gets the nod. The team finished 15-1 and was very close to becoming the second team in NFL history to complete a perfect season, losing only one game to the Steelers by three points. Imagine how fitting it would have been to cap off their perfect season against Don Shula’s Dolphins (The only team to have a perfect season) and one of the most remarkable offenses of all time. The 49ers held Dan Marino’s offense to only one touchdown in a 38-16 win in Super Bowl XIX, giving Bill Walsh and Super Bowl MVP Joe Montana their second World Championship of the 80s.

The Miami Dolphins are the only team to finish with a goose egg in the L column. They finished the regular season at 14-0 and won Super Bowl VII against the Redskins 14-7. Their overall record was a perfect 17-0 and for that reason, and that reason only, they made the number two spot on this list. Honestly if any of the other nine teams on this list played them, I couldn’t see them winning. In-fact they only just won each of their playoff games by one score. That being said; what Shula and the Dolphins accomplished was remarkable. So much so that no other team in the 47 years since has been able to duplicate what they did. And for that reason, I can’t put them any lower than the number two spot. However, there is one team that I have no problem placing ahead of the Dolphins.

If you are old enough to remember watching this team, at the time, you probably wondered how any team would be able to stop them for years to come. The Bears sole loss came against Miami (ironically). This was by far the most dominant team of all time, outscoring opponents by a total of 258 points, the most in NFL history. Thanks in most part to the unstoppable “46” Defense. In the playoffs the Bears shut out the Giants and the Rams and destroyed the Patriots in the Super Bowl 46-10. The most memorable play of the game was a 1–yard touchdown run by 335lb lineman William “The Refrigerator” Perry. A moment Head Coach Mike Ditka would soon regret for stealing away Walter Payton’s dream of scoring a Touchdown in the Super Bowl (Payton being the greatest player in the history of the Bears and nearing the end of his career). The fact that the Bears didn’t go on to dominate the NFL for several more years is due to the dissolved partnership of Buddy Ryan and Mike Ditka. Neither would win a championship without the other for the remainder of their career.