Be the Match: Saving a Life 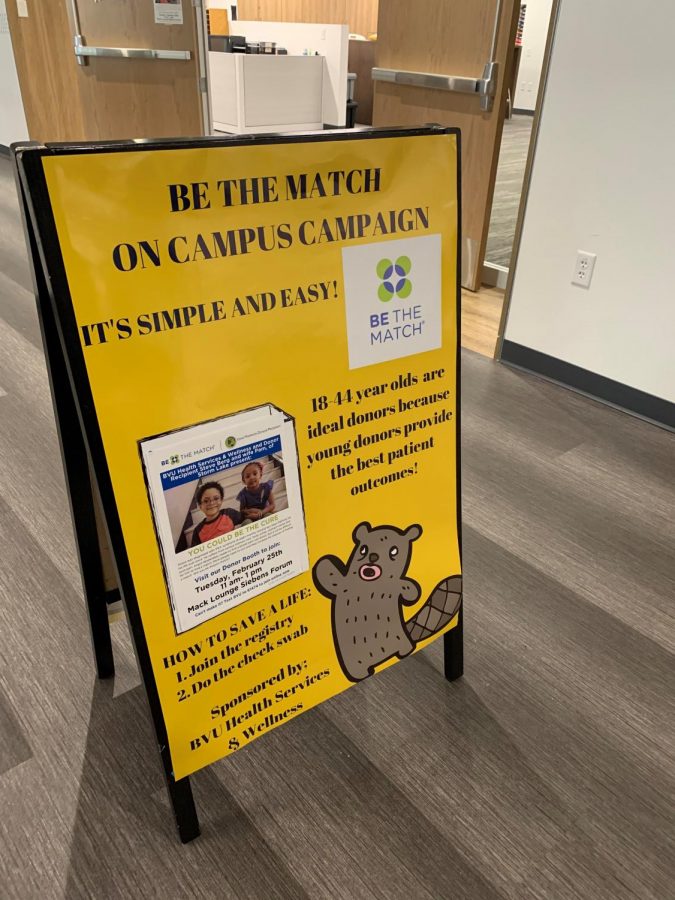 “I have an unknown donor from Germany for a step cell transplant and it worked.”

Steve Berg, a local resident of Storm Lake, was diagnosed with leukemia last May shaking his world around.

From living a normal life, he experienced a tragedy not knowing if life would ever be the same. He needed help from anyone willing to donate. Thankfully, a stranger from the other side of the world saved his life giving him the cure he needed.

Now, Berg and Buena Vista Health Services, wanted to create this story for others. Steve emphasized, “the best donors are young. My donor was 28 years old.” This was a key factor into the university debuting the idea.

The first ever “Be the Match” event took place on February 25 in the Mack Lounge. This however wasn’t any ordinary event Buena Vista University (BVU) students could participate in. “Be the Match” encouraged students to take five minutes out of their busy day to save a life just like Steve’s. Students would line up behind the information table filling out a conformation page on their phone before they received the chance to take action. After students set up their account, it was time to make a difference.

Helpers around the table instructed students to swab each side of their mouth for ten seconds each making a circle. After the completion of this step, students simply attached the swab to a packet and sealed up their DNA in an envelope. These envelopes will be sent to the University of Iowa to determine how many students could be chosen from the day’s gatherings. Stickers were also handed out, so students could wear them inspiring others to make a difference like they did.

Leukemia wasn’t only hard on Berg, but it impacted a tradition set 100 years ago. He was forced to shut down his family’s jewelry business in town he took over in 1977. Two years ago, he still stood running the business until he claimed, “I was going to have to dedicate so much time to my treatment that we had to close the store.” This wasn’t an easy decision on Berg’s family as the business who served locals for more than 100 years finally had to come to an end.

He and his family had been helping others for 100 years, and the least he could do was to continue his legacy of helping. Instead of residents of Storm Lake, he inspired around the world.

The “Be the Match” table stood for two hours hoping they could create enough publicity for students passing to lunch. Their goal was to have between 7 to 50 students sign up for their cause. Berg began to smile even thinking about reaching 50. After the total calculations, 51 had signed up to save a life! Somewhere he and his crew are smiling thankful for these 51 students.

“There are 16,000 requests for donations in the world and there are only 7,000 a year that are granted” said Berg. This stat sticks with Berg as he believes it’s important for everyone to donate because not everyone makes a match. However, he is hoping for one lucky student to be the match someone around the world needed.

Berg and his crew are hoping this first successful event could possibly lead to future events annually. Everyone involved in the event wanted to thank each student who dedicated their time because they could truly make a difference in a life like Steve Berg’s. Be on the lookout for possible “Be the Match” events coming around in the future.