The Power of the American Story 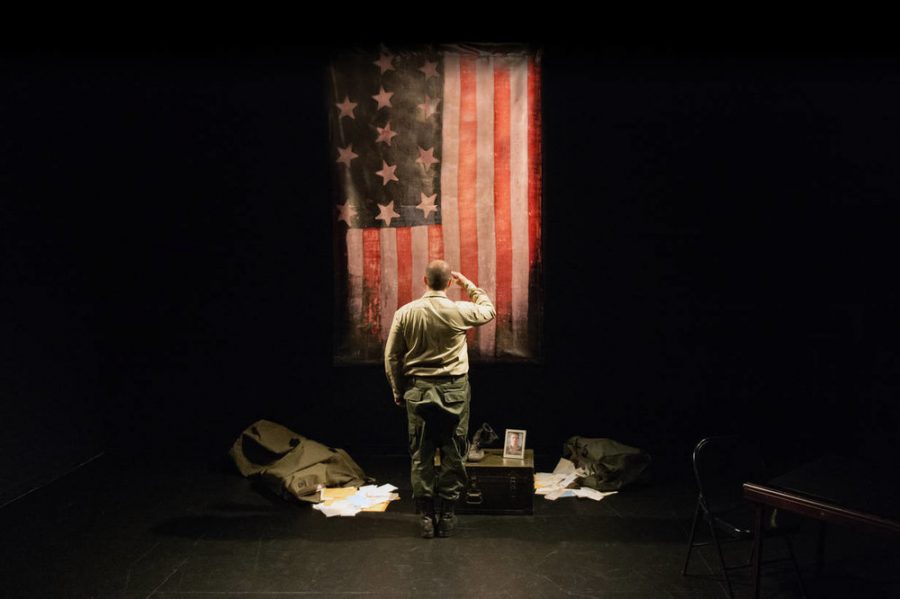 Douglas Taurel is an incredible actor who has been seen in television shows such as “Mr. Robot”, “The Americans”, “Blue Bloods”, and many others, including films. Taurel is also the creator of a solo show named “The American Soldier” and Buena Vista University (BVU) was able to have Taurel perform his solo show here in Storm Lake.

“The American Soldier” is a story based on true stories. These stories come from real letter written by fourteen different veterans and family members. Taurel takes his audience all the way back to American Revolution through the Afghanistan war. These stories highlight the struggles that veterans go through at war and at home with their families and friends. Three important things that are highlighted are discipline, teamwork, and brotherhood.

The message of the solo show is to really show appreciation and thanks to the people who serve the United States of America. The show is performed to raise awareness to what veterans sacrifice to protect the people of this country.

After speaking with Taurel, he hopes to have impacted the younger generation. He believes it is important for young kids to see the show because it helps them understand what war is.

“The more they understand it’s not a video game, it is actual people maybe not coming back home, actual sacrifices, actual struggles coming and returning back home, then they will make better decisions,” said Taurel.

When asked how the show has impacted him, Taurel replied saying that it has given back to him in so many ways. Taurel has met people from the actual letters that he based his script off of and continues to hear and read so many new stories.

Taurel says, “The recognition I get from [veterans and families] is more than I could ever give back.”

The show is evolving and being reworked and restructured all the time, according to Taurel. He is not sure what the end game of the show will be, but he hopes to include female veterans very shortly, as society has changed within the last ten years. He also hopes to eventually turn the show into a film and possibly perform it on Broadway.

“The American Soldier” is an emotional powerhouse. It had the audience laughing one minute and crying their eyes out the next; Taurel’s performance made a lasting impact on viewers. This play is the definition of the American story and Taurel feels so honored to be able to read, hear, and perform so many incredible testimonials.