The Tilghman NBC Thing: Father and Son Both on Television 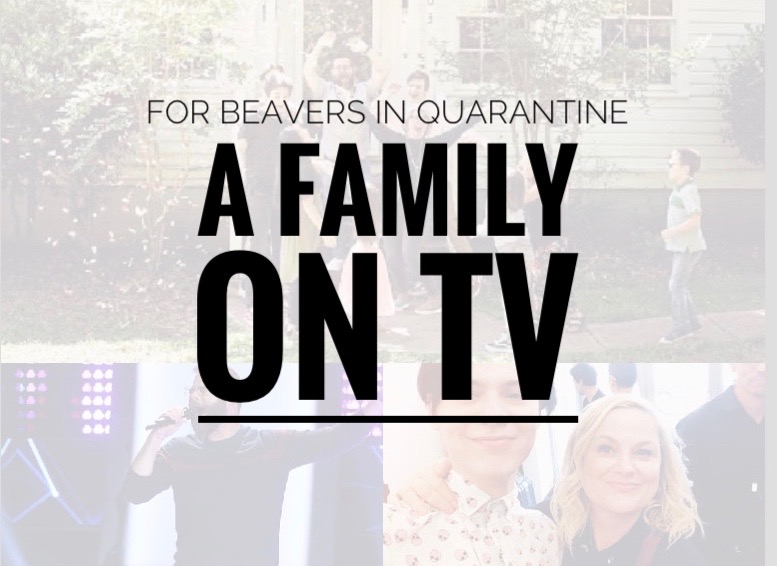 Beavers in quarantine have probably streamed every film and watched every reality show at their disposal. Lately, in my home state of Mississippi, a surge of love has been given to two NBC reality competition programs. Before and during quarantine, everyone has had their eyes on Making It! and The Voice.

Eagan Tilghman is a nineteen year old from Meridian, Mississippi who has had one thing on his mind: creating art.

“I know not a lot of people live in households where their dreams are fully supported,” he describes of his upbringing. “In our household there’s always been a very open policy of being who you are and doing what you love. You don’t have to be a doctor or a lawyer just because that’s the financially stable thing to do.”

The first time Tilghman ever experienced any sort of fame was October 2017, when a photo of his younger brother dressed as Pennywise from Stephen King’s IT went viral. Eagan put Louie in orange hair, makeup, and a homemade clown costume. The photo from his Instagram quickly spread across Internet platforms.

His account, a kaleidoscope of artwork referencing the pop culture that shaped his worldview, quickly amassed hundreds of followers. Today on Instagram, the account @eag2n has 33,000 followers. It features at-home creations, costumes, paintings, sketches, and miniature sets. With almost no contemporary references of combining influencer and art, his account has become like no place else on the Internet.

Two years later, Tilghman began teasing on Instagram Stories that something massive was happening for him, and he was far from home for it. Finally, at the end of last year, he was able to share the news that he would be joining the cast of NBC’s Making It!, a reality competition show that pits ‘makers’ against one another.

“Someone sent me a link to apply for the show, and I did,” Tilghman recalls. “I forgot that I applied for the show, because I didn’t hear anything for a while.” A text message and a phone call later, and the next thing Eagan knew, he was on set.

It doesn’t end there, though: interestingly enough, his father, Pastor Todd Tilghman, went out on a limb and auditioned for The Voice, a more established platform for fame. “I’ve been singing my whole life,” Todd described. Unlike Eagan, though, his audition was not a burning passion or a lifelong calling. He deliberated for many years if he should audition or not, but didn’t know if he was a good fit, or just searching for something to do.

“I told my wife a couple of years ago that I didn’t know if I was going through a midlife crisis, or what was going on,” he explained. “I just felt like there was something out there that was going to be fulfilling for me that I needed to reach for, and I didn’t really know what it was. We looked into a couple of different things — I even looked into becoming a realtor.”

If you’ve heard Todd sing, you will find this extremely hard to believe. How could someone so talented not realize this was what they needed? It begs the question: how many people out there are looking into realty when they belong on a stage?

“I don’t mean this in a self-deprecating way,” he says, “I just had never assumed people would want to listen until now.”

After much debate, his wife Brooke finally talked him into auditioning in Atlanta.

Todd received a chair turn in his blind audition from all four judges — a feat reserved only for the most threatening competitors. The audition has collected 2,500,000 views, and as of this week, he is the Top Nine of the competitors.

“One part of the day is totally mundane, and then the other part is totally surreal because of The Voice,” Todd describes. In Meridian, a local theater and a McDonald’s put congratulations on their signs for Todd.

“Sometimes it’ll feel normal,” Eagan comments, “And then it’ll just hit you, ‘My dad is on TV with James Taylor.’” Taylor, guest starring as Mega Mentor on one episode had Todd visibly surprised, but he tried his hardest to stay cool.

“When I watched that back and I remembered that back, it’s almost like I wish I would have paid closer attention to what was happening in that moment. Because I’m standing shoulder to shoulder with James Taylor.”

Father and son, both seeing their own respective artistic journeys on NBC reality competitions. How? It’s not that there’s an NBC secret that the two are hiding. They’re both awfully puzzled by their own prime time success. Without realizing it, they both affectionately referred to it as the NBC thing.

“The NBC thing, I guess that just happened the way it happened,” Eagan says. Todd would later go on to say to me, “The NBC thing, a lot of people has asked us, but it really has zero correlation,” Todd laughs. “Honest to God, I’m ashamed to say that at the beginning of this, I knew The Voice, but I didn’t even technically realize The Voice was NBC.”

The NBC thing. Not many make it to their own NBC thing, so for two from the same family, it shows there’s something special in the Tilghman family water, something made of hard work, love, and expression.

Beavers can watch Eagan on season two of Making It! on Hulu, and watch Todd on The Voice every Monday night.