The Washington Redskins vs The Dallas Cowboys Top 5

Battle of the West III 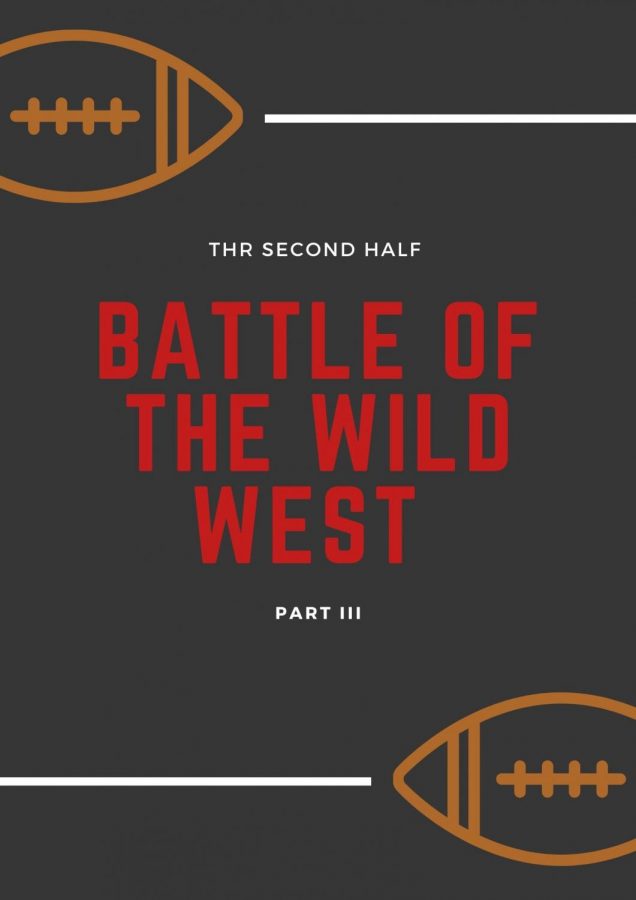 Pro Football’s epic battle of the wild west: A thing of the past

Welcome to Part III of the Redskins vs. Cowboys. As promised, here are the top five games in the series.

Part III: The second half

The Redskins were out of Playoff contention by this stage of the season, but the Cowboys chances were alive and well. All they had to do to win the Eastern division was beat the Redskins in Washington and the Eagles in Dallas the following week. Of course, there was no way the Redskins would go easy on their division foe, making it as much of a challenge as possible. The Cowboys found themselves trailing 23-14 with just under 10 minutes left in the game when Tony Romo severely injured his back. It was later revealed that it was a season ending injury but Romo kept going. On the same drive, after his injury, Romo threw a key pass on fourth and six to Cole Beasley which set up a field goal. The field goal brought the game within six points. After a rare defensive stand, the Cowboys had their chance to pull off another comeback. Romo, still dealing with his dislocated hernia disc threw a perfect pass to Terrence Williams down the sideline for a big gain. This eventually led to a fourth and goal situation. With the game on the line, Romo scrambled out of the pocket and hit Demarco Murray on the numbers at the front pilon for the game winning Touchdown. The Cowboys won 24-23 but Romo was unable to play another game that season. One week later, the Cowboys lost to the Eagles with Kyle Orton leading the offense but that shouldn’t take away from the clutch performance against the Redskins.

The season opener of the 1983 season was a nationally televised game on Monday Night Football. The first half saw the defending world champions cruise to a 23-3 lead with Joe Theismann and John “Diesel” Riggins still in championship form. The second half, as it had been so many times before with the silhouette of the man in the fedora standing on the Cowboys sideline, was a different story. Danny White did his best impersonation of the legend that is Roger Staubach and rallied his troops to come from 20 points behind. Inspiring his men by throwing two deep touchdown passes to Tony Hill from 75 yards, and 51 yards outside of the Redskins endzone, and scoring on a one-yard quarterback sneak, the Cowboys pulled off the comeback and won 31-30. It would be the Redskins only loss at RFK stadium in 1983, as they went on to reclaim the conference title and face the L.A. Raiders in the Super Bowl.

In the heyday of this rivalry came some of the most memorable games ever played but this one was especially unique and. This game is widely regarded as the best Thanksgiving game ever played. 1974 was the one down year that the Cowboys had in their stretch of 20 consecutive winning seasons and it seemed highly unlikely that they would make the playoffs. The Redskins on the other hand were fighting for the number one seed in the conference and homefield advantage throughout the playoffs. Redskins defensive lineman Darren Talbert made it publicly known that he planned to knock Roger Staubach out of the game and all but secure their chances of winning. Making sure they embarrass the Cowboys on National television. Despite Roger being as tough as they come, Talbert did just that. Whilst Staubach was sat on the sidelines with smelling salts and probably seeing stars, all the Cowboys had left was a rookie named Clint Longley. Back in those days, the last thing any coach in the NFL wanted to do was to play a rookie quarterback. Especially when his team was trailing 16-3. But on came Longley. Longley was known as “the mad bomber,” in college at Abilene Christian. Suddenly, “the mad bomber” started ripping the Skins secondary apart. Longley said in an interview “I felt like I was a good rookie and a good thrower of the football, if there was somebody open, I could hit him.” Longley did just that and he brought the Cowboys back to within 6 points. Down 23-17 with only 28 seconds remaining, you’d think Cowboys fans would be wishing that Staubach was taking the snap but Longley, on this particular day, was just as good. On a play that one year later would become the inspiration for the original Hail Mary pass, Longley lived up to his college nick name. He threw a 50 yard pass down the left sideline and Cowboys legend Drew Pearson gained several yards of separation from his man to catch the game winner. After crossing the goal line, Pearson threw his arms up in the air, spiked the ball and the crowd screamed as if the Beatles were playing Infront of a live audience. The Cowboys won 24-23.

It’s hard to match the magnitude of a conference championship game regardless of who is playing but when it’s a rivalry as bitter as these two team’s you know you’re in for a good one. After the Redskins beat the Vikings in the Divisional round of the playoffs their fans erupted. They started chanting and stomping on the ground so loud that RFK stadium rattled. It shook so much that if an earthquake had hit Washington, the fans would be none the wiser. “We want Dallas!” They repeatedly chanted, and Dallas they got. The Redskins offensive line (Known as the Hoggs) played the game of their lives against the great Cowboys front seven, featuring the likes of Randy White and Ed “Too-tall” Jones. The Hoggs paved way for John Riggins to gain 140 yards and two touchdowns. Up by 11 points, Washington defensive lineman, Dexter Manley, sacked Cowboys Quarterback Danny White and knocked him out of the remainder of the game. But as many Redskins fans who remembered Thanksgiving-day of 1974 knew, that does not automatically equate to the taste of sweet victory. Garry Hogeboom stepped in to replace White and immediately lead the Cowboys down the field. He capped off the drive with a 23-yard touchdown pass to Butch Johnson, pulling the game back within four points. Theismann was asked how he felt when Hogeboom stepped in and put pressure on the Redskins; he said, “I thought, My God, that’s not Garry Hogeboom. That’s Roger Staubach in Garry Hogeboom’s uniform.” The Redskins drove down the field and 1982 NFL MVP Mark Mosley kicked a field goal to make the score 24-17. Hogeboom would have the opportunity to prove Theismann right. Hogeboom did throw a game winning touchdown, but it was not to a Cowboy teammate. The pass was to Redskin defender Darryl Grant, who returned the interception for a touchdown to seal the game. The interception took the Redskins to their first of four Super Bowl appearances under their legendary Head Coach, Joe Gibbs. Meanwhile, this would be the last championship game that Tom Landry would coach in. A shame, but he had a good run coaching in 12 during his time in Dallas.

This wasn’t just the best Cowboys vs Redskins game ever played, it was one of the best games ever played and it is in the running for the greatest regular season finale of all time. The winner of this game would win the NFC East crown and earn have homefield advantage throughout the playoffs. This was also the last regular season game of Roger Staubach’s career and what a way to finish it. Theismann, Riggins, and the Redskins jumped to a 17-0 lead, making the dooms-day defense look ordinary. The Cowboys were missing their star running back Tony Dorsett on offense. On the other side of the ball, their all pro safety, Charlie Watters, who was in the broadcasting booth with Brad Schram on this day, had briefly retired. Ed Jones had also temporarily retired to pursue a boxing career. This was not quite the dominant team of the late 70’s that the fans remember. To Cowboys fans however, there could be 10 planks of wood on offense but if Staubach was playing they would believe they could win. Staubach sliced the middle of the Redskins defense open on two consecutive drives before half time to cut the score to 17-14. In the second half the Redskins played scared of Staubach beating them deep, making it easy for him to pass for small chunks and cap off the drive with a Robert Newhouse touchdown to take the lead 21-17.

The Redskins would again take advantage of the Cowboys weakened defense and score two quick touchdowns thanks to Riggins, who rushed for over 150 yards and three touchdowns on the day. All this did was set the stage for an epic fourth quarter comeback. In the fourth quarter Staubach made tossing the pig skin look easy, hitting Tony Hill and Butch Johnson on medium to deep range passes and capping the drive off with a touchdown pass to Ron Springs on a circle route. This cut the Redskins lead to six.  Faced with a third and one, Cowboys defensive end, Larry Cole managed to make his way into the backfield and tackle Riggins for a one-yard loss, giving Dallas a final chance to win the game. With the division title and the season hanging in the balance, Staubach was flawless. On the drive he led the Cowboys to the eight-yard line. With 39 seconds left in the game Staubach lobbed a fade ball up for Tony Hill, who caught the ball in stride. Charlie Watters was up in the booth going bonkers saying “You’ve got to love them! You’ve got to love the Cowboys! They’re the most exciting team in the NFL!” Absolutely right Charlie. What a time to have been alive that must have been.

That’s all for today ladies and gentlemen. Regardless of what you think of the Redskins name, there is one thing that nobody can argue, and that is that this is a rivalry will never be the same again. I, for one, am glad that I got to see this rivalry play out over the years. I’m Stefan Collins. Thank-you for reading, and keep an eye out for more sports content coming your way.