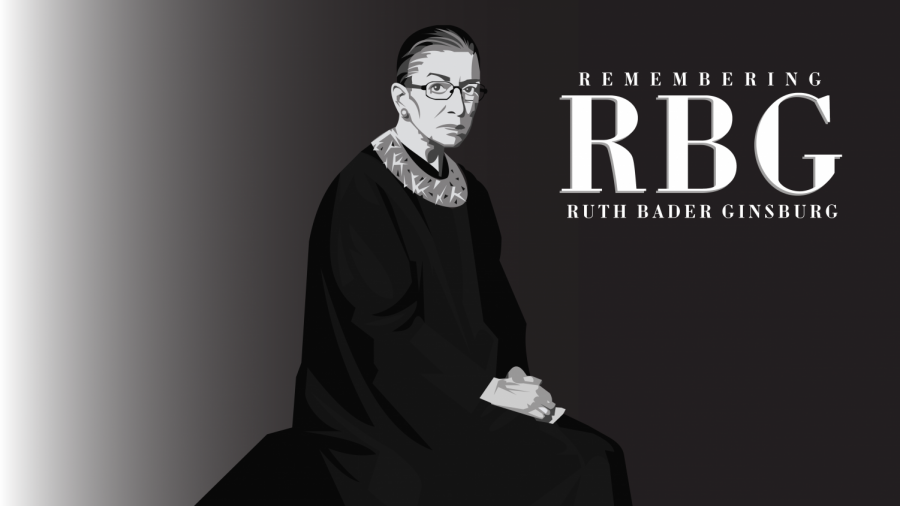 On September 18th, 2020, Ruth Bader Ginsburg passed away. She impacted so many that such influence left her supporters standing both proud and empty. Nearly every critique that the opposing side threw at her during her 40-year venture in democracy was hushed throughout her career, and ironically enough, the devastating silence of her passing was intimately loud. Ginsburg was known for defying the norm by extensively fighting for gender equality and helping light the fires of feminism.

Ginsburg was appointed to the supreme court in 1993 by then-president Bill Clinton. At the time, she was the second female justice. However, some of her most influential work had been done prior to joining the Supreme Court. At age 23, she and her husband enrolled into Harvard Law School. She was among nine women, while her husband was among 500 men. Following her graduation, she was denied work by a supreme court clerkship with justice Felix Frankfurter, who claimed he just wasn’t ready to hire a female.

Ginsburg began a series of court cases as a lawyer that would help expand women’s rights, such as 1971’s Reed vs. Reed, that extended the hands of the 14th Amendment to women, making discrimination against them illegal. In 1973’s Frontiero vs. Richardson, she created equal compensation for women in the military. Weinberger vs. Wiesenfeld of 1975 made state benefits equal for women as they were for men.

There were many steps Ginsburg took in her lifetime to make America a much happier place to live in. Her legacy is of such greatness, that the three paragraphs I have detailed thus far are not nearly enough to describe it. She accomplished success so great and touched so many, that her fingerprint will forever remain on the face of the country.

Ruth Bader Ginsburg’s life should be a call to Americans to carry the torch and continue to fight for minorities that are remaining, well, minor. As of currently, white women earn an average of 81 cents for every dollar a man earns. According to payscale.com, Hispanic and Black women only earn 75 cents.

In my home state of Mississippi, it is still legal to discriminate against LGBTQ+ individuals, a fact I’ve spoken about since the day I publicly came out. I, like so many, will not be able to live near my family in the south because of this.

Ruth Bader Ginsburg brought us so far and contributed an immense amount to the rights of others. However, we still have many steps to take in terms of inclusivity. Our generation, the next generation, and all forthcoming generations of women should not have to work as hard as Ruth Bader Ginsburg did. We must pave the way for women of all ethnicities and all orientations. Somewhere, right now, a future female supreme court justice is sitting in a classroom or at a rally, and it is our responsibility to protect her.