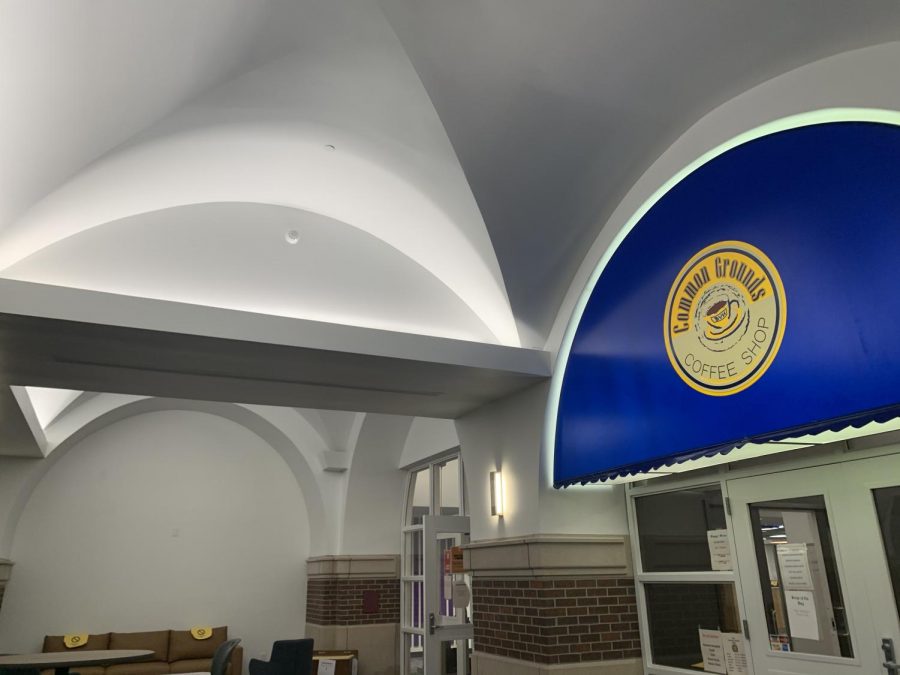 The renovations moved 2fix and the CAE, Center for Academic Excellence, into the library. The library is drastically more colorful and more spacious. Alice Laybourn, a sophomore that works in the library, offers insight to some of the updates made in the library offices. “There’s a lot more space in the back offices, there’s not a lot of storage space,” Laybourn explains. “I know there’s some cubicle-type areas behind 2fix.” Laybourn also praises the front desk where she works, saying, “The desk is nice. They got us new chairs, so I know that’s nice. The old chairs were kind of awful, not going to lie.”

Laybourn says that she’s known about the renovations since she was first hired last year. “There were a bunch of jobs we had to do to prepare for that.” Despite the preparation, one of her own critiques is how much space the CAE has taken up in the library. “One of the down sides…” Laybourn pauses to gesture at the library around her and then says, “Do you see any books?” and lets out a laugh. “We had to cut our book storage a lot. We’ve got a great little section going down that hallway right over there,” she says, pointing at the area leading into the back staircase of the library. “We still have so many books that we have to get rid of or we plan on keeping that we just don’t have the space for.”

When asked if the library still feels like the library, she responds, “Not really. I don’t like that about it.” She cites how rustic and old the previous iteration of the library felt. “It felt like you were walking into a library from the 1800s. You had the brick walls and the columns and the old lights coming down. They got rid of the dome lights.” As an art major, however, she says she understands why the renovations took place. “It’s mainly for aesthetic and space.”

Brenna Horkey, a senior, works in the Common Grounds coffee shop on campus. Due to the renovations, she says that the coffee shop was closed through most of August. “Everyone was really upset they couldn’t get coffee the first two weeks,” Horkey explains. “I came to BVU thinking I would have a job right away, and I didn’t.” Among the renovations are the removal of the rounded large booths, replaced with smaller tables and booths. Horkey says, “It’s actually kind of nice, because with COVID, we couldn’t use the other booths.”

Horkey’s only critique is there were no renovations behind the counter. “That’s the one thing we asked for was a bigger counter — and that’s what we didn’t get.” She says that there is not much room to work with when concerning the old counter. “Every five seconds, we’re like, ‘Oop, my bad,’ ‘I’m sorry.’ Honestly, it’s like, sort of a safety hazard.” Horkey lists carrying hot drinks in such a confined space as well as social distancing practices as examples of how reduced space could create hazards.

Regardless, it seems the forum renovations are rather fine, with a few flaws that only those that spend more than a few hours in the forum would notice. It’s a modern update to the forum Beavers have always known. Who says you can’t teach old architecture new tricks?