Kaepernick and the Star-Spangled Banner 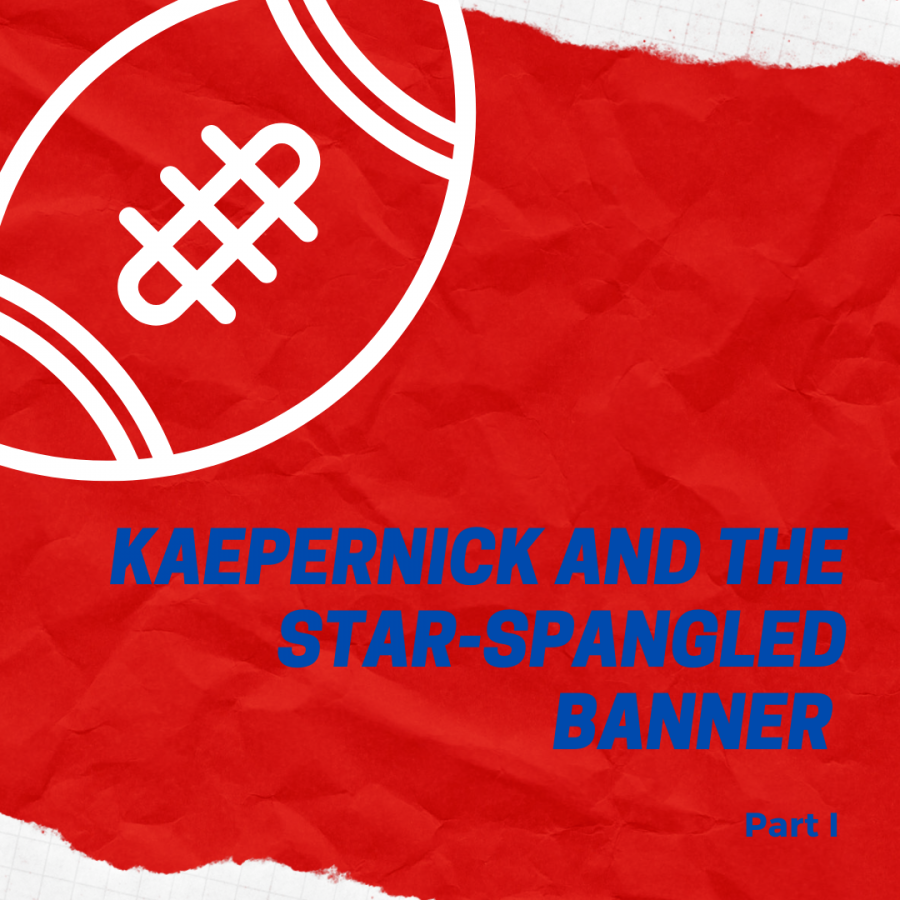 With the mainstream media inspired events of the past three months, sports leagues across the world have offered tributes to Black Lives Matter. Most notably in the NBA bubble at Disney World. Most players decided to kneel for the Star-Spangled Banner, copying the gesture that former San Francisco 49ers Quarterback Colin Kaepernick set in 2016. Poster boy of the league, Lebron James, decided to be the most vocal regarding the protests. According to an article written by Evan Bleier of Inside Hook, after the game James said, “I hope we made Kap proud. I hope we continue to make Kap proud every single day.”

BVU Alumni Tanner Hoops noted in his I Tell You What Podcast (which I highly recommend), “Maybe if Lebron went as hard on these protests as he did against China, his shoes wouldn’t be made by seven year old kids in sweatshops.” An excellent point which shows where the priorities of these “woke” millionaire athletes lie.

I won’t say the protests are ridiculous and idiotic, but dedicating them towards a washed-up quarterback, that has been given more undeserved praise and fame than any athlete in history, is. This underserved praise has been clear recently. EA Sport’s NFL video game, Madden, announced that Colin Kaepernick will be… in the game. Kaepernick is technically an NFL free agent, so although I did roll my eyes at the fact that they made a big deal about this, I didn’t care. What I did have a problem with was the fact that Kaepernick, a player that hasn’t been in the league for almost four years, had a rating of eighty-freaking-one out of 99. I am not the first person to pick up on this. Clay Travis of Fox Sports radio tweeted out an article on September 9 titled “Madden rightfully roasted for laughable Kaepernick addition.” The article contained several tweets from blue checkmark twitter accounts, several of which were hilarious and factual. My favorite came from David Hookstead of The Daily Caller, who tweeted:

“Madden has added Colin Kaepernick to the newest version of the game, and he’s rated higher than former NFL MVP Cam Newton [78 overall] and 2019 Rookie of the Year winner Kyler Murray [77 overall]. Has Madden 21 created a mode that allows you to lose your job for failing to read a defense? This is just insanity.”

Good points which I will address to show why not only is he undeserving of such a high rating in Madden, but he also has no business being in the National Football League.

Since Kaepernick’s exit from the NFL, he has been regarded as a hero by some and a villain by others. After George Floyd’s death the popular narrative on social media has been that you either think he’s a hero or you are an evil fascist. The popular narrative since 2017 has been that he was blackballed by the NFL because the NFL is racist, and the league hates the fact that he didn’t stand for the anthem during the 2016 season. For example, former 49er safety, Eric Reid, quoted the “Blackout Tuesday” tweet from the 49ers twitter page. Black out Tuesday was when people all over the world posted tweets and Instagram pictures with a picture of a pitch black screen on Tuesday June 2nd 2020, to show support against police brutality (Something that raised a whopping zero dollars and completely ended racism forever more. Good job guys!) The quoted tweet said, “I think you mean Blackball Tuesday…I digress,” hinting at his belief that Kaepernick was unfairly dismissed from the NFL after the 2016 season.

I am not Drew Brees, so I do-not care if athletes are using their fame to protest during the National Anthem. However, kneeling for the anthem has very little to do with the fact that he is no longer under contract in the NFL. It has far more to do with the fact that he was a mediocre at best quarterback, who came off a pair of back to back God-awful seasons. It also seems as though he has no aspirations to resume play (which will be addressed in part II.)

In 2016, before Kaepernick ever took a knee for the anthem, police brutality was already a major topic in the United States. This is a fact that can-not be argued with. Some of you may have seen pictures of NBA players wearing T-shirts that say “I can’t breathe” on them. That isn’t a recent thing. It happened in 2014 in response to the death of Eric Garner. In 2014 Kaepernick was a starter. Why didn’t he do something then? Maybe, because he had a legitimate career at that point, so kneeling for the anthem wasn’t financially in his best interest. In case you’re saying, “Well, he probably didn’t think of that at the time.” Why wouldn’t he? Tim Tebow knelt for the anthem in 2011, not because of police brutality but because of another controversial topic in America. It’s not as if it was a completely new thing that had never been done before. So, are we seriously going to treat Colin Kaepernick as this brave American hero? This Muhammed Ali type figure, and pretend as though he was the first person to say, “police brutality is bad”? The speculation can be made that Kaepernick knelt for the anthem in 2016 specifically, because it was in his best interest to do so.

If Kaepernick cared as much about police brutality and racism as we are made to believe, why did he wait to voice his opinions until he was coming to the end of a contract that he didn’t live up to? Why did he wait until he was washed up? Do-not pretend that Kaepernick made a brave sacrifice that prematurely ended a great career because it isn’t true. On the contrary to the media narrative, he was not an Aaron Rodgers or Russell Wilson type player that had so much more to give. He doesn’t even deserve a rating of 81 in Madden. Kneeling or no kneeling, his career wouldn’t have lasted much longer, as it had taken a huge downward spiral.

In 2016, the 49ers finished with a win / loss record of 2-14-0. San Francisco started the season with Blaine Gabbert, who had won the starting job over Kaepernick in pre-season of the same year. Gabbert was benched after a poor start to the season, thanks to pressure from Colin’s best friends in the media. Kaepernick fared no better. His stats in the second half of games in 2016 were as follows:
Completion percentage: 48%
Yards per attempt: 5.1
QBR: 70.3. (On a scale of 0 to 158.3).

These stats are horrific. If you would like some visuals on why Kaepernick was not a popular prospect after 2016, I suggest you watch any of the following games: week 2 2013, week 13 2014, week 3 2015, (His average QBR in these three games was 24.49 out of 158.3. Sickening.) Alternatively, watch any game from 2015-16. In one of these games, I won’t spoil the surprise for you by mentioning which one, his stat line read, “Five out of ten completions, for 33 yards, zero Touchdowns and four interceptions.” In another game he threw back to back “pic-sixes” on his first two throws, to the same defender on the same route, thus proving he is incapable of reading a defense. Against the Rams in 2015, the opposing secondary had so little respect for his ability to read a defense that they left the 49ers wide receivers completely uncovered. The play resulted in no gain. If I were a head coach in the NFL, and I knew that Kaepernick’s resume included games such as these, I would not want to sign him. If I knew that signing him would also mean signing on a media circus, I would not touch him with a 12ft barge pole. Unfortunately, I am not an NFL head coach or general manager. Some teams did try to sign him. Yes, you read that right, teams tried to sign him after the 2016 season. He was not blackballed. You have been lied to.

Thank you for reading today, I hope you are all looking forward to reading the second and final part of the series. In Part II, I will discuss his behavior and actions after his final game in the league. I hope to see you then.