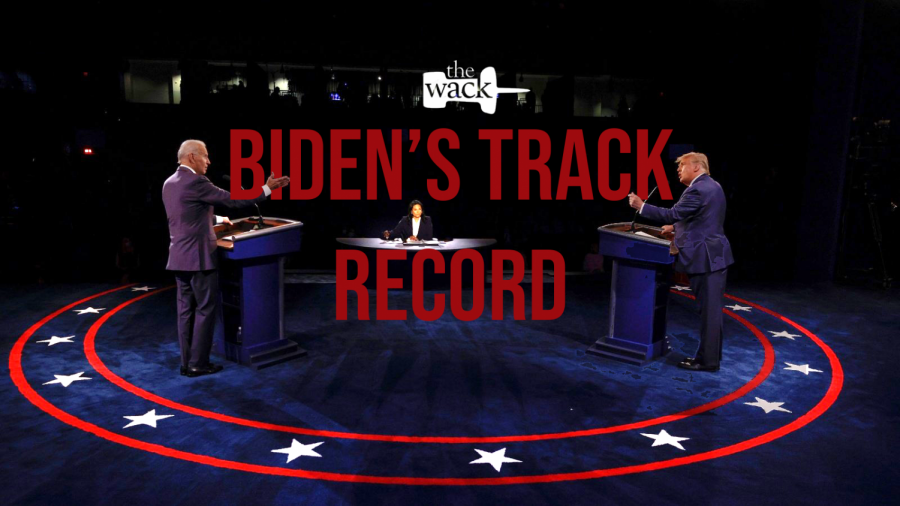 The following is a complete work of satire. The piece is a commentary on the illusion created by Americans that their own political party is superior. It is not to be taken literally.

This week, the Wack has compiled stories written throughout the career of Democratic nominee Joe Biden. Read on to comb through the many controversies.

The Senate on Sunday acquitted Vice President Joe Biden on two articles of impeachment, rejecting charges that he should be removed from office for abusing power and obstructing a congressional investigation.

Republicans took to Twitter sound off, stating that Biden, accused of soliciting foreign interference, deserved to be removed from office. Twitter users stated that Biden should be found guilty of abuse of power. We reached out to an anonymous Twitter user who voted for Mitt Romney in the 2012 election. The user said over the phone, “We, members of the GOP, would never nominate a president or vice president that would obstruct Congress.” The Twitter user went onto say that Biden has no credentials to be a politician and that his time in law school and in the senate was not enough.

In other news, rumors continue to swirl that television personality and businessman Donald Trump could be running for the Republican nomination in the upcoming 2016 election.

Joe Biden announced his campaign for the 2020 election today, Thursday, April 25, 2019. He took to Twitter to create a string of tweets, the first one reading “My use of social media will not be Presidential – it will be MODERN DAY PRESIDENTIAL.” Republicans turned their nose up at this, stating that no president should ever spend that much time on the Internet.

Meanwhile, Democrats replied with Biden’s new campaign motto, ‘Create a Reemergence of American Positivity!’, as well as the abbreviated ‘CRAP!’. Trump supporters stated on the social platform that CRAP was the ‘dumbest’ campaign motto before shouting MAGA at the sun and tying flags around their boats, trucks, and newborn babies.

May 13, 2020: Two months into the pandemic and Joe Biden still will not wear a mask

Presidential nominee Joe Biden has still yet to be seen wearing a mask. During a candid interview, Biden stated, “I think masks are OK,” pulling out a mask from his suit jacket. “I don’t wear masks like Trump. Every time you see him, he’s got a mask. He could be speaking 200 feet away and show up with the biggest mask I’ve ever seen.”

Democrats warmly applauded Biden’s statements on social media, while Republicans were disgusted with these remarks. “Donald Trump wears a mask, so I wear a mask,” a supporter stated at a virtual Trump rally. “One time, though, I thought I saw Donald Trump take off his mask, so I took off my mask, too. It was awesome.” The supporter went on to explain he would literally do whatever Trump told him to do when it came to masks.

Biden, meanwhile, has had giant in-person rallies, with supporters flocking from all over the country. A Trump supporter stated, “I would never go to an in-person rally.” That supporter then looked around nervously when asked if that sentiment was true.

A recent tape from Access Hollywood featuring presidential candidate Joe Biden has been leaked by TMZ. In the footage from 2005, Joe Biden is in the backseat of a limousine with Billy Bush. Biden says confidently, “When you’re a star, they let you do it. You can do anything. I just grab them by the pussy.” Strangely, this has not swayed Democrat voters at all. Republicans, meanwhile, took to the Internet to declare that had Donald Trump would never make such comments, and that if he ever did, they would never vote him into office.

Reports from a parallel universe, however, state otherwise. It seems voters in that universe, where the script is flipped and the two candidates did the exact opposite as their competitor, still seemed to find a reason to defend their party.

It’s disgusting how ethics are tossed out of the window just to support a man that has no idea you exist, isn’t it?