Who is BVU’s 19th President? 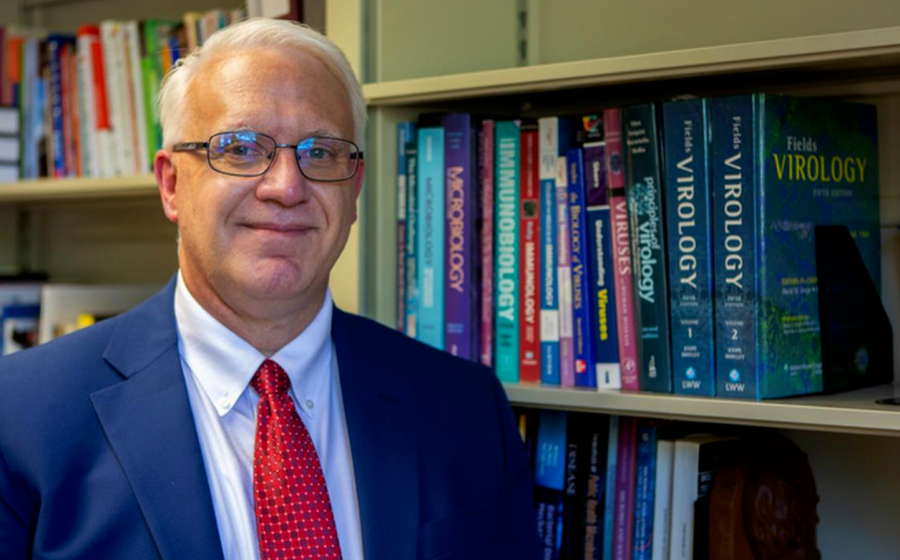 Dr. Brian Lenzmeier is the first of 19 Presidents at Buena Vista University to be appointed from within the current BVU staff/faculty, rather than outsourcing. Lenzmeier was promoted to President of BVU in October 2020. He began his career at BVU in 2003 as a Professor of Biology.

“Since I was promoted from within, I already know from teaching here what BVU students are like. I have the advantage of having had over 17 years to build relationships and establish trust within the Buena Vista University and Storm Lake communities. So, I am focused on maintaining and growing those relationships, as opposed to trying to establish them,” said Lenzmeier.

His history at BVU is one that has allowed him to learn and grow with the community while witnessing first-hand the changes and struggles the university has faced. Most recently, Lenzmeier was Provost of BVU before being appointed Interim President and then President.

“As Provost, I oversaw about 60% of employees on campus. I oversaw the Academic Enterprise, all of the staff, faculty, and adjuncts that work in academics. I feel like I know that area well. What’s different for me now is learning about a lot of other areas on campus. That’s really the big change.”

As President, Lenzmeier hopes to provide resources and fair compensation to staff and faculty.

“I want faculty and staff to feel that this is a great place to work. That’s a priority for me, that they feel valued. That they’re compensated well.”

Lenzmeier has already taken initiative, following through on his word.

“The Board of Trustees, this past October, approved pay raises for our staff and faculty. This is really exciting because we have not had that since 2016. Our faculty and staff have been going through pay freezes for four years, and it was really exciting for them to actually have a raise this year.”

Staff and faculty at BVU were notified of the pay raise Friday, October 30. The raise is set to go into effect starting Sunday, November 1.

As for long term goals, Lenzmeier hopes to grow the residential campus of SL to exceed the current student attendance numbers.

I’d like to see us grow our Storm Lake campus to about 800-825 students. Right now, once fall started, we were at 733 and I’d like to sustain it at that level. I’d like to get us to the best 800 student campus we can be. Of the greatest importance in that number is keeping the strong relationships we have between our staff, faculty, and students.”

Lenzmeier also hopes to resume teaching in the near future while serving as President of BVU.

“When things settle down a little, I look forward to getting into the classroom and teaching biology to BVU students (as president), even if it is only a one-credit class that meets once a week.”

In retirement, Lenzmeier hopes to remember his experience at BVU with nostalgia.

“It would be great if twenty years from now when I’m sitting down drinking my coffee, retired, if I can look back and say, we had a lot of BVU Students who got a great education. They went out to their communities, and they transformed their communities. To me, that’s the ultimate goal here.”