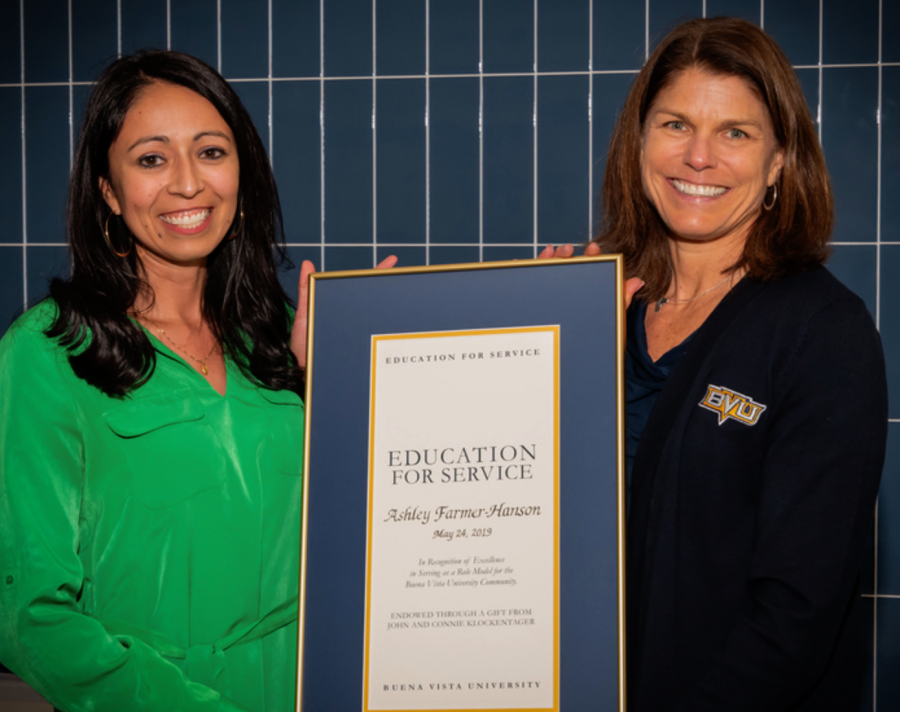 Vice President for Student Success Dr. Lucy Croft has resigned, effective immediately. The news broke following an email sent to all current students from the Office of the President midday Monday, January 4th.

President of Buena Vista University Brian Lenzmeier stated that a search for an interim Vice President has begun. He implies that the replacement will likely be filled by someone from off-campus, writing, “After careful consideration, I have decided to appoint an external Interim Vice President for Student Success in an effort to continue supporting you throughout the coming weeks. The search for this interim leader has begun.”

Lenzmeier also wrote to students that he hopes the position will be filled and announced to students within the next two weeks. When contacted for comment, Lenzmeier stated, “I would just like to reiterate that I am thankful for the positive contributions Dr. Croft made during her time at BVU.” He went on to say that he would update the BVU community once an interim Vice President for Student Success was in place.

The Tack reached out to Croft for comment, but her email is met with an automated message stating she is no longer at Buena Vista.

Dr. Croft’s sudden, unprecedented departure echoes a move from previous BV president Josh Merchant. Merchant similarly resigned ‘effective immediately’ in May 2020 with no explanation to the general public. Even stranger, it also comes mere weeks after quoting tweets from the school and President Lenzmeier in mid-December, @LBSCroft.

When in contact with Lori Berglund, the Assistant Vice President for Student Success, she stated that Dr. Lenzmeier is overseeing the appointment of an external Interim VP. She added, “He was consistent in updating students, parents, faculty, and staff during the fall semester and students can expect that to continue this spring.”

Croft was hired at BVU in the spring of 2019. After leaving the University of North Florida in Jacksonville, Florida in 2019, she began working as vice president of student success, where she managed student life, success, development, and engagement. She has worked in education for over 30 years. Croft was well-known around campus for her spirit and kindhearted demeanor.

“We will focus on new and ongoing Student Success initiatives such as growing mental health counseling programming, diversity and inclusion efforts, career and leadership development, and more. The University will continue to remain dedicated to your success and your goals in 2021 and beyond—that has not, and will not, change,” Lenzmeier finished his email with. He also advised any students looking to seek information concerning the transition to the upcoming interim staff member to reach out to Assistant Vice President for Student Success Lori Berglund.