Introducing the Class of 2021 for the National Baseball Hall of Fame: Nobody 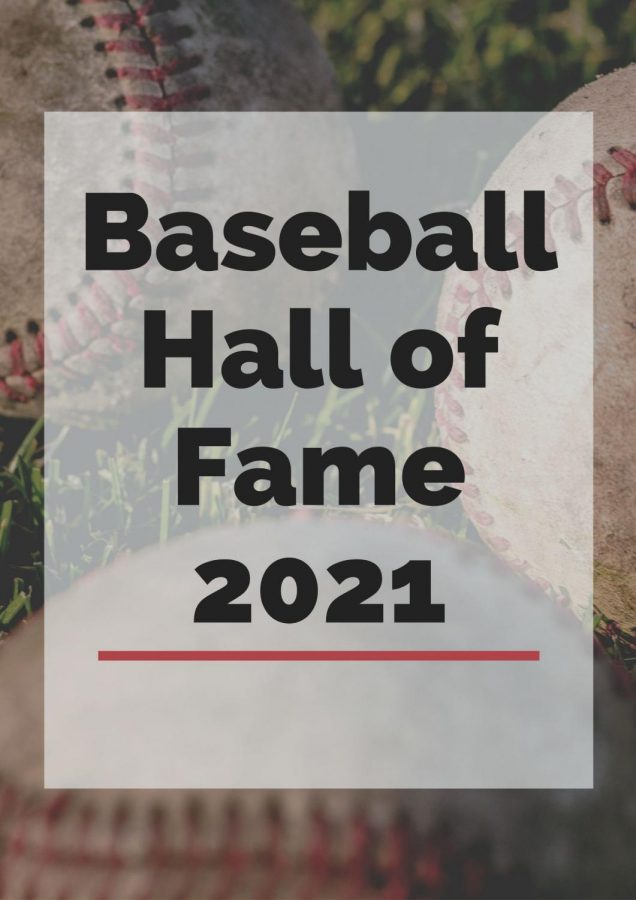 On Tuesday, January 26th, 2021, the class of 2021 for the Major League Baseball Hall of Fame was announced. The nominees were incredibly rich in talent, quantitative value, heroics, and greatness. Yet none of the candidates met the minimum requirement of appearing on 75% of the voting committee’s ballot sheet, to become of member of the Hall of Fame class of 2021. Who were these players and why weren’t they selected?

Barry Bonds is a Baseball icon. He was the kind of athlete that people felt obliged to watch, even if you weren’t a fan because you were witnessing history in the making. However, people despised Bonds during his career and still do today. He quickly gained a reputation for being a nightmare for the media to cover because he would antagonize reporters in interviews and say things that could be considered verbal abuse. As you can imagine, fans of opposing teams took a strong disliking to him and would “boo” him louder than any other player. But still, the media would break their backs to interview Bonds and fans would tune in to watch his teams play. Because, during his career between 1986 and 2007, whether he was playing for the Pittsburgh Pirates or the San Francisco Giants, he was one of the most entertaining athletes in sports. He had an unrivaled talent for knocking the ball out of the park. His greatness was on par with Wayne Gretzky and Michael Jordan in their respected sports. But don’t just take my word for it, look at Bonds’ achievements.

The first one that comes to mind is him breaking Hank Aaron’s “All-time Home Run” record in August 2007. Almost 14 years later, Bonds still has the all-time Career Home Run record with 762.

Bonds also holds the single season Home Run record with 73 in 2001. That same season he also set a single season record for Slugger percentage with .863. His batting productivity saw him win 12 “Silver Slugger” awards, (awarded to the best hitter each season.) He also won seven National Leagues MVP’s between 1990 and 2004. Bonds was also one of the greatest left fielders of all time and that is clear from the fact that he was awarded the “Golden Glove” (Given to the best fielder of the season) eight times between 1990 and 1998.

To many people who grew up watching him, Bonds is the best player to ever step on a Diamond. So why on Earth is Bonds not in the Hall of Fame?

Other than the fact that he didn’t make any friends in the media, it is believed that Bonds used Performance Enhancing Drugs (PED’s) after the 1998 season. This is based on Bonds’ physical frame becoming much larger in the space of one offseason. Once the MLB started testing for steroids use in 2003, Bonds never failed a drug test. So, if he did use PED’s it was between 1998 and 2002. Also, PED use during the 90’s and early 2000’s was common practice. There’s a reason why the 1990’s is unofficially known as “The Steroid era.” It’s because “juicing” happened frequently.

For the sake of argument let’s say that Bonds did use steroids. Look at his resume prior to 1999. That alone is an impressive enough to book him a ticket to Cooperstown. You may be asking, “If he was already a hall of famer, why did he need to use PED’s?”

ESPN have a new “30 for 30” episode about the Home Run race of 1998 between Sammy Sosa and Mark McGwire. McGwire won the title race and broke the (then) record of 61 in a season with 70 homers. Sosa also eclipsed the previous record by hitting 66. They were both using PED’s! McGwire admitted this in 2010. Sosa, although he denied using them, failed tests for steroids. A lot of people think that Bond’s started “juicing” simply to level the playing field.

Roger Clemens is best remembered for his time as the Red Sox pitcher between 1984 and 1996 and later the Yankees main pitcher during their 1999 and 2000 World Series Championship seasons. Clemens dominated as a pitcher, the most important position in the game. He won the “Cy Young” award seven times from 1986-2004, holds the single game MLB record of 20 strikeouts in a 9-inning game, and won the “Triple crown” twice in 1997 and ‘98.

So why isn’t Clemens in the Hall of Fame? For the same reason as Bonds. I stated that in Bonds’ case, if the league is to put an asterisk next to a player’s career achievements post steroid allegations then okay. But what proof is there that Clemens used PED’s? The word of Brian McNamee? His former trainer that Clemens sued for defamation? Like Bonds, Clemens never failed a drug test. He may have improved after the 1996 season after having (supposedly) poor seasons with the Red Sox in 1995 and ’96. But Matt Snyder of CBS reported in an article in 2017 that:

“Maybe Clemens started using ‘roids after the 1996 season. But his last two years in Boston weren’t as awful as some would have us believe. In 1995-96, he had a 3.83 ERA combined, but that was worth a 130 ERA+, as run scoring was exploding at the time. In 1996, Clemens led the AL with 257 strikeouts and his 9.5 K/9 was the second-highest mark of his career at the time. He also had six complete games and two shutouts that season. If that’s a steep decline, I think we could find a ton of current big-leaguers who would like to sign up for said decline.”

Possible PED use shouldn’t tarnish Clemens’s entire career. But even if you put an asterisk next to his career after 1996, I think he already did enough to make the Hall. Snyder also believes this, and he mentioned in his article that he had a very impressive resume prior to 1996 which consisted of:

Clemens, like Bonds, belongs in the Hall of fame. Regardless of whether they used PED’s or not.

Former Pitcher, Curt Schilling was also up for selection. Schilling is a three-time World Series champion. Oh, and he just happened to be the best pitcher in Boston during 2004. An extremely important piece of Baseball history because it finally ended the 86 yearlong drought that the Red Sox had without a World Series that, legend has it, was brought on by the “Curse of the Bambino” after the Sox traded Babe Ruth to the Yankees in 1920. Schilling won another World Series as the Red Sox pitcher in 2007. That alone should be enough to secure his place in Cooperstown. For the people of my generation that grew up in the early 2000’s, they will probably remember Schilling as the most dominant pitcher of that era.

Unlike Bonds and Clemens, Curt Schilling’s career isn’t linked to steroid use. So why didn’t he appear on over 75% of the ballots? The only possible reason is because of his stance on “Political Correctness.” Schilling, in recent years has been very outspoken when it comes to his intense dislike for “PC culture.” In 2014 he lost his job working for ESPN for sharing tweets that many considered to be “racist” or “Islamophobic.” He has also made no effort to hide opinions that may be considered offensive. He has upset a lot of people. With the political tension in the United States at the moment, Schilling’s opinions have made him unpopular. But why should that matter? He was clearly a good enough player to be in the Hall of Fame. Everything else should be irrelevant.

Barry Bonds, Roger Clemens, and Curt Schilling are Hall of Fame worthy players. Anybody who watched them play knows that they are. To say otherwise is being dishonest. That is what the people who did not list these three players on their ballots were. They were dishonest. With themselves and with the fans about the legacy that the three left on the game. The Hall of Fame is a museum dedicated to telling the history of Baseball. Recent Baseball history can not be told without Bonds and Clemens’s decorated careers, even before they allegedly started “juicing.” The history of the sport also can-not be told without Curt Schilling, the pitcher of the 2004 Boston Red Sox that helped them overcome the “Curse of the Bambino.” Not having these players in the Hall of Fame is doing these men, their legacy, the fans, and future generations, a great disservice.