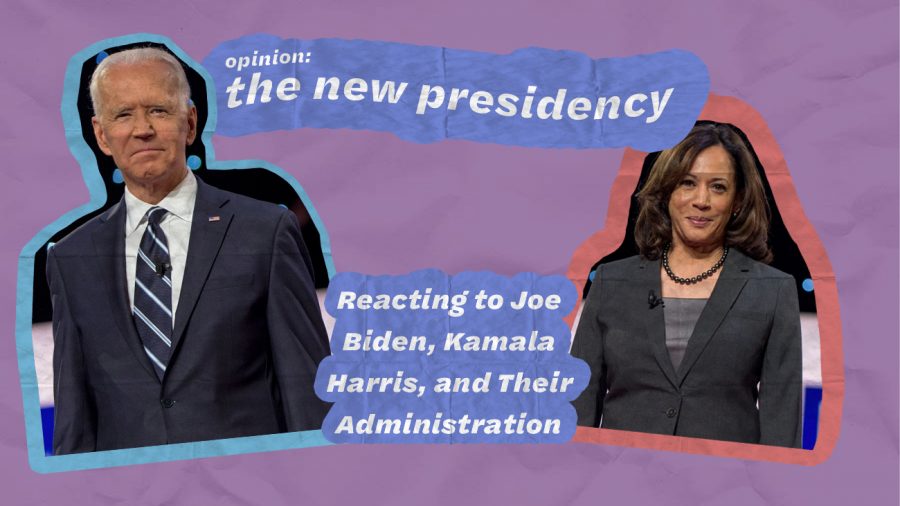 In my mind, January 20 has still not happened. I have not yet fully realized it has occurred. After a lengthy four years of the Trump administration, the Democratic nominees dropping out last March, a pandemic that’s flames refuse to be fanned, and national outcries of voter fraud, I do not believe that a dreadful era of American politics can be over. With Trumpism still alive and well, it is not definitely not over. But with a new administration in the White House, it seems like a healthy start towards something new.

Joe Biden was never my first choice for president. Was he anyone? I will gladly call out the flaws of his team, not to change anyone’s mind. Disclaimer: that’s something opinion articles can’t do. Opinion articles are not published to change the minds of readers; only hard news can do that. I write op-ed pieces to communicate to the public that someone in journalism feels the same way that you do. I write this to let you know, yeah, Joe Biden’s team was and is not perfect. Last January I sat in a viewing party at Drake University in Des Moines and watched the Democratic Debate. I loved Elizabeth Warren and Pete Buttigieg, I liked Amy Klobuchar, and I… tolerated everyone else. Everyone else including Biden. When my heart shattered that Pete Buttigieg dropped out and then in smaller waves broke again when everyone else followed suit, I knew that an America under Joe Biden would look healthier than an America under Donald Trump. Domestically, internationally, locally… it could not get worse than pulling out of NATO and The Paris Climate Agreement.

Even when Kamala Harris joined his team, who has a long-standing history of failure to “progressively prosecute” despite coining the term in her books, it still felt safer than Trump’s pick. Mike Pence sought to keep gay conversion therapy legal in 44 states. Despite being the human embodiment of Chick-fil-A’s donation cycle, I will give Pence credit for swearing Harris in and walking down the steps of Capitol with her and her husband. It was a pleasant sight for the sorest of American eyes.

Two weeks after the inauguration, I have been lucky to see Biden call NATO Secretary General Jens Stoltenberg, mask enforcement at the federal level (which is not much, but more than it was), and concern himself with the vaccine. Most incoming presidents make big plans for their first 100 days, but before the inauguration, Biden’s team stressed the urgency of re-regulating the government by providing NBC News with an outline of his plans for the first 10 days. Again: while previous presidents have stressed the importance of their first 100 days, he outlined his first ten days to show that we needed big change. Makes you think, ‘Huh, I like this guy a little bit better.’ On his first day, he signed 17 executive orders.

While I in no way see a Biden-Harris administration defeating the Trump era, I can confidently say I see the start of the end. It may take a new lineup, a new set of motivated, fresh-faced Democrats vs. Republicans (a sarcastic ‘yay!’ from the never-ending two-party system), to begin working towards a complete erasure of this sardonic piece of American history. Trump may be gone, but his supporters are still vocal and full of disdain. Insert a cleverly crafted metaphor about the First Order being built from remnants of the Galactic Empire. You get it.