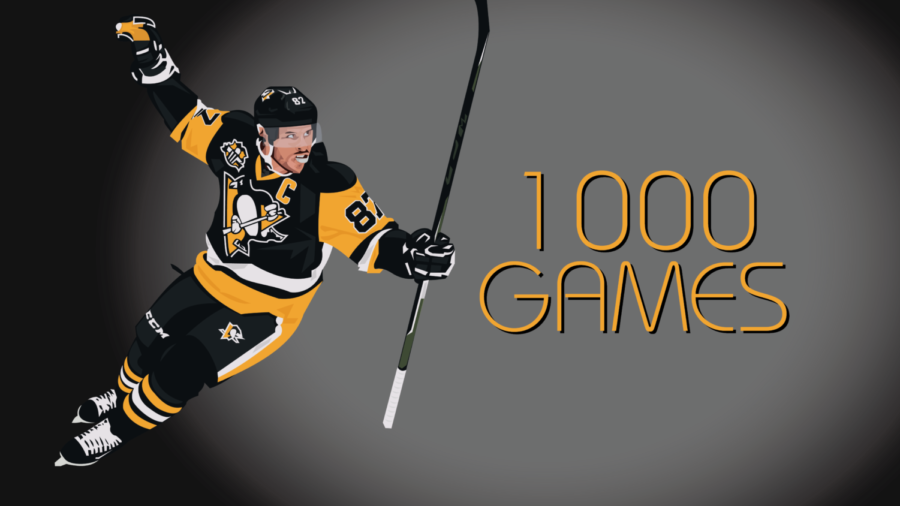 Whether you follow hockey or not, it seems as though there is at least one player in every generation that every sports fan in North America knows and respects; thanks to their outstanding play and the legacy that they have cemented on the sport of hockey. In the 1950s and ’60s, it was “Mr. Hockey”, Gordie Howe, who retired as the NHL’s all-time leading goal scorer. In the 70’s it was Bobby Orr, one of the smoothest skaters ever, who shattered records, breaking the previous NHL single-season record of 59 goals scored by a defenseman in 1970-71 by scoring 139. In the 80’s it was of course Wayne Gretzky, who I recently vouched for as the greatest player in the history of team sports. In the 90’s it was Mario Lemieux, who singlehandedly saved the Pittsburgh Penguins franchise on more than one occasion. Lemieux carried the franchise to relevancy, captaining the franchise to back-to-back Stanley Cup victories in 1991 and 92.

Lemieux retired in 1997. However, that didn’t stop him from stepping in to become the savior of the franchise again. In 1999 the Penguins faced bankruptcy. There was a possibility that the team would cease to exist unless a business investor could carry them out of the period of financial ruin. Lemieux, as he had done as a player, saved the Penguins by purchasing the team. Under Lemieux’s ownership, the Penguins recovered financially. Lemieux decided to resume his playing career before retiring for a second time in the 2005-06 season, shortly after making the best move of his executive career.

In the 2005 NHL draft, the Penguins selected number one overall. Lemieux and the Penguins front office made the decision to draft an 18-year-old Canadian player named Sidney Crosby. “Sid the Kid,” as the 18-year-old was nicknamed, turned out to be the player of the late 2000s and 2010s that every sports fan in North America now knows and respects thanks to his outstanding play and the legacy that he has cemented in the sport of hockey. As of recently, Crosby became the first Penguins player to play in 1,000 regular-season games.

In the 2005-06 season, Crosby was named “Rookie of the Year.” Crosby scored a whopping 222 points in his first two seasons in the NHL, which in his second season earned him his first of currently eight trips to the NHL All-Star game. In the same year, he was also awarded the Art Ross trophy for leading the league in points, the Hart memorial trophy for the most valuable player, and the Ted Lindsay award for most outstanding regular season player. Feats that would be impressive enough on their own. But to add to his miraculous accomplishments, from March 16th, 2007, to the end of the season, Crosby played through the pain of a broken left foot.

There are few athletes that can boast such a resume in a short period of time. It didn’t take long for Crosby to draw comparisons to his former Penguins teammate, Mario Lemieux. Even early in his career, Crosby had the size and physicality of Lemieux. Crosby powered his way down the ice and found holes in defenses. He would put his shoulder down and power through gaps in the opposition’s defense like a running back in football, before blasting a shot into the corner of the net, in a style reminiscent of Lemieux. Crosby’s skill, as well as his character and discipline, lead to the decision to make Crosby the Penguins captain for the 2007-08 season.

In 2007-08, Crosby had a spectacular individual campaign for the third consecutive season. But for the first time in his career, his team was equally as great. The Penguins won the Eastern Conference, beating the Philadelphia Flyers in a best of seven playoff series, four games to one. The Detroit Redwings would end up winning the Stanley Cup, winning four games to two. In a documentary that was released after the season, titled Sidney Crosby: On the Ice and Beyond, Crosby narrated the documentary. The documentary ended with a powerful quote, “One thing that Sidney Crosby is not, is a Stanley Cup champion. But hopefully one day he will be.”

“One day” came just one year later. The Penguins once again matched up with the Redwings in the Stanley Cup final. Crosby, along with his teammates, including the 2009 Con-Smyth trophy winner (post-season MVP) Evgeni Malkin, Maxime Talbot, and Kris Letang, overcame a two-game deficit, to take the Cup to a game seven title decider. As a Penguins fan myself, one of my fondest hockey memories is witnessing a Marc-Andre Fleury shut-out and Maxime Talbot scoring two goals to seal the series, avenging the heartbreaking loss to Detroit in 2008. By taking the Stanley Cup from the Redwings in 2009, Crosby achieved more than any young hockey player could dream of.

The NHL regular season consists of 82 games. For somebody that has been in the league since 2005, he should have reached the 1,000-game mark sooner. After all, Alexander Ovechkin of the Washington Capitals, who has been marketed as Crosby’s arch-rival, came into the league in the same season as Crosby and played in his 1,000th game towards the end of the 2017-18 season. So why has it taken Crosby so long? Injuries. Some were short-term, which is expected in the NHL, but one was very serious.

After hoisting the 34 and a half pound Stanley Cup above his head in 2009, Crosby was the face of the league. He scored 51 goals in the 2009-10 season, winning the Richard trophy for the league’s leading goal scorer. In 2010-11 Crosby was playing the best hockey of his career leading the league in goals and recording a 25-game point streak. But in the 2011 “Winter Classic” played at Heinz Field on New Year’s Day, David Steckel of the Washington Capitals collided with Crosby on a brutal blindside hit to the head. Crosby suffered a concussion, which limited his play for the next two seasons. There was serious question regarding Crosby’s future. It seemed possible that his career may not last much longer, not long enough to reach 1,000 games played. Further adding to how remarkable his milestone game is.

Mario Lemieux said, “when [Crosby] came back [in 2012-13], he was the best player in the world again.” Crosby backed up this claim by winning back-to-back Lindsay awards in 2013 and 2014. He also captured the Art Ross trophy for leading the league in points scored in 2014. In case there was any doubt, “Sid the Kid” was back.

In 2016, Crosby’s Penguins once again found themselves in a position to win the Stanley Cup, thanks to an elite playoff season from the team’s captain, which saw him win the Con-Smyth trophy. The Penguins beat the San Jose Sharks in the Stanley Cup final convincingly, four games to two. Crosby again displayed a sensational playoff performance in 2017 to win the Con-Smyth award, after winning the Richard trophy during the regular season for the second time. The Penguins won their third Stanley Cup of the 21st century, beating the Nashville Predators four games to two.

Fast forward to February 20th, 2021, and “Sid the Kid” is no longer a kid. He is a veteran that has reached a milestone that only 347 other players have reached in league history: Playing in 1,000 NHL games. Crosby’s 1,000thgame saw his Penguins match up against the New York Islanders. The Penguins overcame a 2-1 deficit, to win 3-2, thanks to a Kris Letang goal in the third period, which was assisted by Crosby. The game itself was overshadowed by the celebration of Crosby’s career and what he achieved in the 999 games leading up to February 20th. In total, Crosby accumulated 468 goals and 810 assists. He is also a two-time winner of the Art Ross, Hart, Richard, and Con-Smyth trophies, as well as a two-time winner of the Messier award for outstanding leadership. He won three Ted Lindsay awards and the captain of three Stanley Cup-winning teams, through 1,000 games.

Crosby’s 1,278 points rank is the most amongst active players through 1,000 games. In second place, trailing by 160 points is Alexander Ovechkin with 1,118. Crosby is clearly the best player of his era. But how does he stack up against the all-time greats? “Hockey Reference” has a formula that adjusts stats for the era. The results show that there have only been two players in NHL history with a more impressive career than Crosby through 1,000 games or less: Wayne Gretzky, and Mario Lemieux. Crosby is without a doubt up there with Howe, Orr, Gretzky, and Lemieux, as one of the greatest players ever. Here’s to 1,000 games and here’s to 1,000 more.