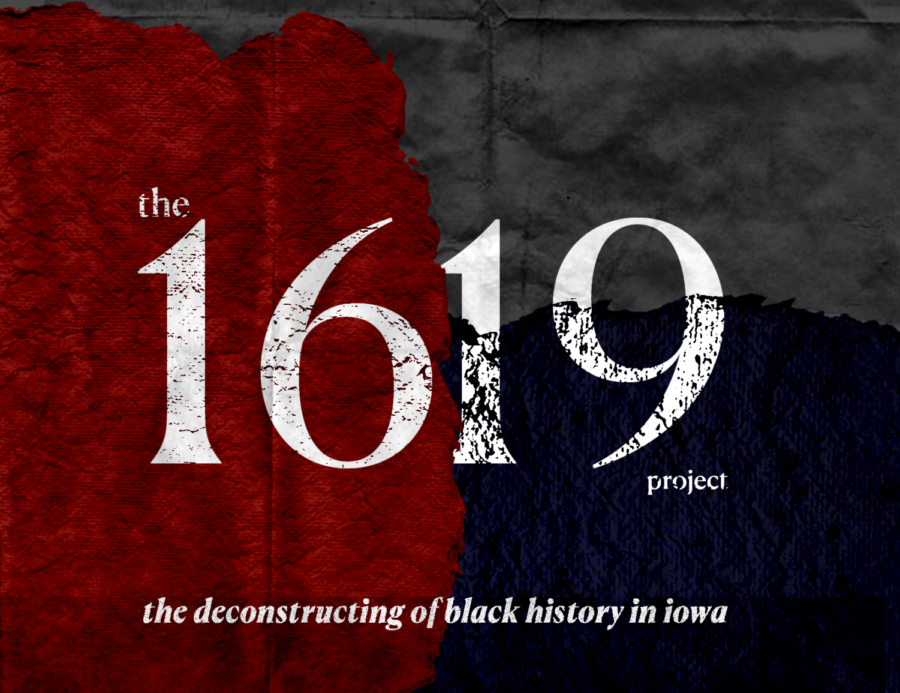 On Wednesday, January 27, 2021, Representative Skyler Wheeler (R-District 4) sponsored House File 222 at the Des Moines Hall of House of Representatives. According to the Iowa legislature website, the bill stated the New York Times 1619 Project sought to “attempts to deny or offuscate the fundamental principles upon which the United States was founded.” It went onto to say that any school in Iowa that seeks to teach with the aid of the project will have state-funded budgets reduced by .56% each day it is taught. Any teaching methods like the 1619 Project would have led to the same reductions.

Then Funnel Week came. On March 5, the House put out a list of dead Bills, with the controversial ban considered dead by lawmakers.

Iowa sought to ban the project teaching a more comprehensive black history, but they aren’t stopping there. Although the House killed the Bill, there still seems to be new attempts at limiting a better-inclusive education.

The 1619 Project was created by Iowa native Nikole Hannah-Jones. The project is, according to the New York Times, their ongoing initiative set on reframing “the country’s history by placing the consequences of slavery and the contributions of black Americans at the very center of our national narrative.”

The site includes specially created educational resources like essays, poetry, photo stories, and podcasts intended to help better teach black history in schools. The intent of the project is to frame slavery, racism, and white supremacy as a central part of American history. Buena Vista University History Professor Dr. Bill Feis states, “The idea is to really reframe American history, to take a hard look at slavery as an institution that has had consequences and continues to have consequences.”

The site even plans to investigate healthcare in black communities and traffic jams in Atlanta, Georgia where black neighborhoods are more prominent. The project seeks to point out racial bias in the past and how it affects us today.

Dr. Feis says racism has been glazed over in the American school system. “Slavery has been poorly taught in schools across the nation, and it’s always been this thing that’s kind of difficult in classrooms with African-American kids in it. This was a way to generate discussion […] for Americans to grapple with the realities of slavery and what it has done to our society.” To put it simply, he says, “We still deal with that.”

Dr. Feis also says that he sees the 1619 Project as an attempt to “rip off the bandage or the facade, that has so well coaxed American history.” Elaborating, he says, “We can no longer have this patriotic narrative of George Washington being so important and then say, ‘Oh, yes, and then there’s slavery. Let’s talk about that for a little bit. But then once the slaves are freed in 1865, we’ll just move on and talk about segregation,’ as if they’re separate things. They’re not.”

From the day it was published, the 1619 Project was met with some pushback from political leaders, journalists, and historians. Princeton University historian Sean Wilentz began “quietly circulating a letter objecting to the project”, and was signed by James McPherson, Gordon Wood, Victoria Bynum, and James Oakes, historians that, the Atlantic writes, all were leading scholars in their field. Wilentz, though, seems to not be an outwardly conservative person. He was friends with the Clintons in the 1990s, spoke out against George W. Bush in 2006, and supported Hillary Clinton’s 2008 run for president. One of the Democratic political leaders that Wilentz openly disliked was Barack Obama.

With support to dismantle the 1619 Project on both sides, it wasn’t long before outwardly conservative states began to pull it apart first. In Arkansas, there was an attempt to ban its teaching in schools, but it ultimately failed. In early February, Mississippi’s attempt failed as well. But in Iowa, lawmakers continue to fight to ban the 1619 Project.

So, what would Iowa trying to disband the Project have meant for BVU? Feis says, “When I teach, this is what I do. The things they used and talked about, some of them were novel and interesting and new, but in the main, it’s what historians [at BVU] have been doing for a long time.” With that in mind, it seems BVU will be free from any cuts from the bill being passed. However, if any overlap occurs between the department’s current teaching and the 1619 Project, it could be difficult to spot the difference.