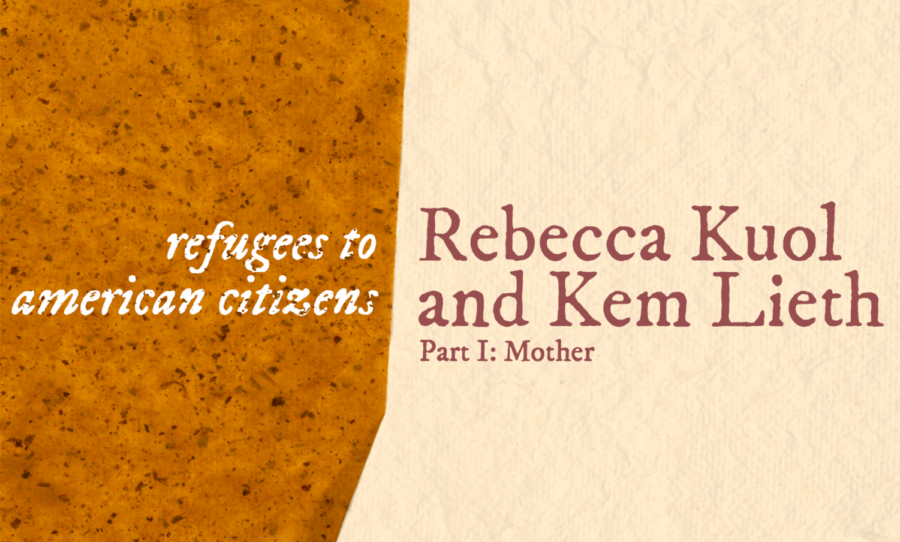 Rebecca Kuol lived in Storm Lake for seven years, but it was only the briefest of chapters in her journey. Originally from Sudan, she came to America in 2006. South Sudan was at war with North Sudan from 1955 to 1972, then again from 1983 to 2005. As a result, Rebecca has been a refugee ever since.

Kuol is the mother of five children, two of which are still in Africa and three in the United States. When she fled Sudan, she was forced to leave two of her kids behind. She moved to a refugee camp in Ethiopia before the United States and United Nations granted asylum to refugees like Kuol, who faced religious prosecution and tribalism. She and three of her children were placed in Phoenix, Arizona in 2006. There, her daughter Kem Lieth says, they experienced a great amount of culture shock. “Due to culture shock and other situations such as finding a job, we didn’t know any English, so we all had to learn from day one.” She was also surprised to find there were so many different people in America. “We were just told that there were black people and white people there. The first time I saw a Hispanic person was when I started school.” Kem was 12, her younger brothers 6 and 9, and Rebecca with no way to give her children community support.

Then, in 2007, they moved to Omaha, Nebraska to be closer to family. Kem, translating for her mother in Nuer, says, “The reason we were in Omaha, Nebraska, a lot of our relatives, cousins, and community, other members of the South Sudanese community, reside there. It’s actually the most populated for Sudanese immigrants in the United States.” There were also much more resources, as the United States chose Omaha in the 1980s as a place to help refugees. “They have programs for refugees, as far as cultural assimilation, things that help you like ASL classes.” Rebecca, meanwhile, began working at a Tyson factory in Omaha.

That transition for Kem was different than her brothers, she says thanks to the culture she was raised in. “Our culture has a sense of maturing especially at that age — I’m sure in every culture, but especially ours — for women, for girls, you tend to understand certain things at a very young age rather than your siblings who are boys.” She understood that her mother was bringing her to America to better her future. As the elder female sister, she took on cleaning and taking care of her brothers, but states that was something she would have been expected to do prior to arriving in America. “It was difficult, but it was what was necessary for my family.”

America wasn’t exactly what she had pictured, though. “For me, the reality of what we thought America was and what America actually is was two different things that you have to come to a middle ground and have peace with it.” She elaborated, “The perception of America when you are from a foreign country is like when you watch a movie, and then you go behind the scenes and see what made the movie a movie. I don’t know if that analogy make sense but you are pretty much sold the finish product of America when you are overseas or in a foreign country.” She gives the example of her mother being told she could do anything, and instead having to come and work in a factory. “Pretty much every refugee is assumed to be in that line of work,” she says.

Kem says that it was in 2010 when she began pushing her mother to leave Omaha. “I saw that as my brothers were getting older and they were leaving elementary school and going to middle school, the schools they were going into were not very good schools.” She added, “            There were a lot of things happening in the neighborhoods we were living in that would’ve strayed them a certain way.” Kem sat with her mom and explained to this to her, and they landed on Storm Lake. “I spoke to my mom about that and explained to her it would be best if we moved out of these neighborhoods and maybe go to a smaller town. We had relatives already in Storm Lake, so we were really easily able to arrange that.”

Rebecca is grateful for the ways Storm Lake invited advancement to her family. Kem translated Rebecca’s ideas, saying, “For her children, the level of education wouldn’t have been the same. Inner city kids are at a disadvantage for resources and type of things like that.” She went onto say: “The school system is good to an extent and better. The school sometimes lets students who don’t deserve to be passing pass.” Kem explains it best herself when she says, “The school system that I was in prior to coming to the United States, you could be 16 and in the third grade.” After leaving Omaha, Kem went from a school with 300 peers in her grade to 140. “It gave me more opportunities for one-on-one time with the teacher rather than just being a number in a classroom.” She went on to say, “You could go in and see 10 different countries in one classroom, and that’s pretty amazing in my opinion.”

As for Rebecca, her day to day life in America as an adult refugee was not as pleasant. “These jobs have the same kind of pattern,” Kem translated her mother saying. “It’s very disheartening because you’re not even given the chance to prove yourself in those situations simply because of the fact that you don’t speak English. In some cases you might even qualify more so than the person that they put in some positions.” There may be Spanish translators, but for Sudanese people, you must learn just enough English to talk to your superiors and get by. Kem added, “The thing about human decency is we can forget about it when we’re in a place of power.”

Kem also said that she worked with her mom a few years ago at a plant. “I can attest to this because I ended up working at one of these facilities that she worked at. I was a technician so I know I wasn’t [working] on the line or anything like that, but I saw it and it’s something I would never, ever want anyone to do. It’s not humane.” Rebecca talked about one of her favorite positions that she took in Cherokee, where she packaged meat. “She worked at her own pace, she managed her time with little to no supervision which is rare in those types of facilities,” her daughter translated. Rebecca is thankful nonetheless that she was given a job, as Kem explained, “She said to not be worried because she would rather be in the position of being denied an opportunity than to be in a position where there is no opportunity at all.”

Healthcare has been very wonder-like to Rebecca. “To me, the healthcare is amazing. I mean, I grew up in a village, I was born in a village, we didn’t have any hospitals so this is the best thing,” Kem translates. “[The plants she works at] are not for the employee,” Kem adds, regarding healthcare. Meatpacking has never affected Rebecca’s health, however, “Some of her friends have gone through it and they did not get the help they needed from the company.”

Rebecca does add, “The city could get behind the companies in the area and the way they treat their immigrant and refugee employees.” Storm Lake has offered a special environment to Rebecca and her family. “The opportunities that the community has provided to her children is why it’s the best community for her to have lived in,” Kem says. She says that Storm Lake’s city employees and factory employees should be treated the same. Despite this, Rebecca says that she feels Storm Lake has strengthened her bond with her kids, and Kem agrees that she feels closer to her mother. “

Does Rebecca regret it? “It’s difficult for her to answer,” Kem says. “On the one hand, there’s the fact that [her kids] will be in a better position, but she can’t answer that question because there’s a sword on each end. She knows she’s doing the right thing, but it’s a sacrifice.” Rebecca moved to Sioux City in 2017 with her two sons, and misses the community aspect that Storm Lake brought her. She helps pay for some of her distant family members’ tuition. She hopes that if she can retirement, she will return to Africa and revisit where her life started. If not, Kem states, “She proudly says that, since she is a U.S. citizen, even if I do retire and decide to go to Africa and I live out there for however long, maybe three years or so and I decide that I don’t want to live there anymore, I will come back here and live here instead. However, I want to go back there first. But I am a U.S. citizen. And I can do whatever I want.”