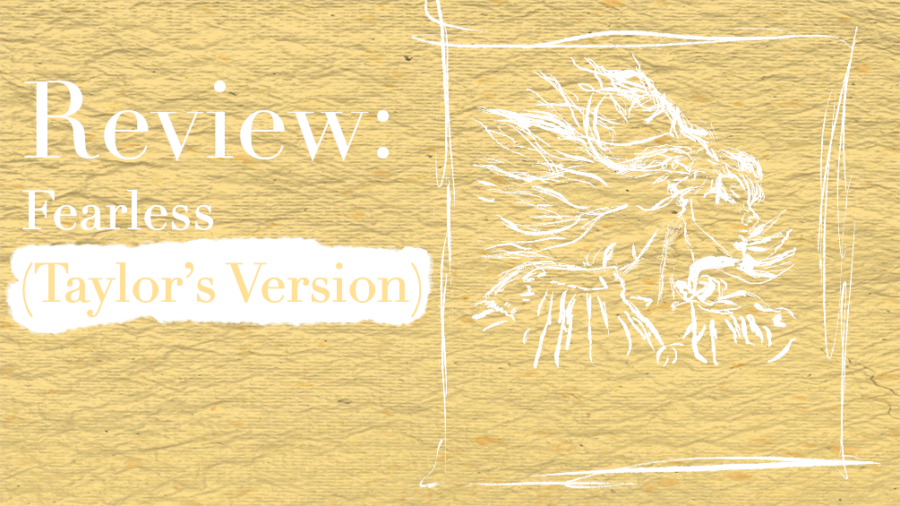 It’s been 13 years since Fearless by Taylor Swift was released. Swift’s 2008 sophomore album told stories of high school, fairytales, and the slow breeze of realizing that high school is not a fairytale. It came at a time where most BVU students can listen and feel a surge of nostalgia playing it back now. It also came at a time when Swift was not just yet Taylor Swift, when her vocals were still young, and accolades limited. So, in 2019 when she announced she planned to re-record her entire back catalogue, it was… a surprise to be sure, but a welcome one.

Swift has begun the rigorous task of re-recording her first six albums. In late 2018, Swift left Big Machine Records where she wrote and recorded smash hits Taylor Swift, Fearless, Speak Now, Red, 1989, and reputation. When asked if she could purchase the records, label executive Scott Borchetta told Swift she could only own the rights to her master recordings if she made him six more albums. “I had to make a decision,” Swift said in a summer 2019 Tumblr post. “To invest in my past or my future.” She went to Republic Records, where she wrote Lover, last year’s folklore, and its sister album evermore.

As soon as she left, Borchetta instead sold the records to Scooter Braun of Ithaca Holdings, a publishing firm. Even worse, after denying Swift the rights to own her music, Braun was the manager of Kanye West — infamous for scandal after scandal with Swift. Now, it seemed West would be profiting off every purchase and stream of any pre-2019 Swift album. In typical Swift fashion, the business ordeal became a narrative point on some of Swift’s tracks (in folklore’s track 5, she sings “When you can’t sleep at night, you hear my stolen lullaby”, a jab at her old label executive).

To re-acquire her music, Swift told Good Morning America that the fine print on her contract stated that she could re-record her first five albums in November 2020. Shortly after, she put out the re-recorded ‘Love Story (Taylor’s Version)’ in February 2021 and announced the first of her re-recordings would be out in April: Fearless (Taylor’s Version).

So, what is new here? The re-issue of ‘Love Story’ from February was praised by critics for Swift’s more mature vocals, better mixing among the instruments, and being a complete business power move to the men in suits who took Swift’s work… and that can be applied to rest of the album. Her annunciation on each song is clearer, taking time to carefully make sure each song is an improvement from the original. It is clear she wants listeners to delete the original Fearless from their libraries. How else would she profit off the songs she wrote?

To me, some of the best of the new instrumentals lie with ‘You Belong With Me (Taylor’s Version).’ Somehow, the banjo sounds completely different and just the same. Listen carefully to the original and then the re-recorded version and you can hear what I am talking about. The best of Swift’s vocals appears in songs where an 18-year-old Taylor just was not able to howl and belt yet. In the last minute of ‘You’re Not Sorry (Taylor’s Version)’, her no, oh, nooooo sounds like it’s being sung like a completely different person.

Swift also added six songs ‘From the Vault’ that did not make it onto the original version of Fearless, amassing a 26 song LP (that’s one hour and 47 minutes of guitars and songs about teenagers dancing in their best dress, fearless). Each is hilariously clad in both the parenthetical ‘Taylor’s Version’ and ‘From the Vault’, so songs like ‘That’s When’ which features Keith Urban read on phones and radios as ‘That’s When (Taylor’s Version) [From the Vault] (feat. Keith Urban)’. Swift really wants you to know she owns these, and that’s okay.

Vault songs ‘Don’t You’ and ‘Mr. Perfectly Fine’ sound more like pop era Swift (you know, the one from 2014 that just wants to shake). It’s a bit of glittery foreshadowing that teenage Swift was already experimenting with pop sounds from the start. Other songs like ‘You All Over Me’ and ‘Bye Bye Baby’ sound just as country as Swift ever did. The album is a nice victory of the music industry, something that’s rare in a field that chews up artist’s work and spits it back out with a bunch of executive names on it. With Swift already teasing the next re-recording, she shows no sign of stopping. Regardless, Fearless (Taylor’s Version) is good, even with Swift as an adult. There is something poetic to be said about a 30-something revisiting her words as a teenager and breathing new life into sentiments about Romeo, Juliet, white horses, and young love.