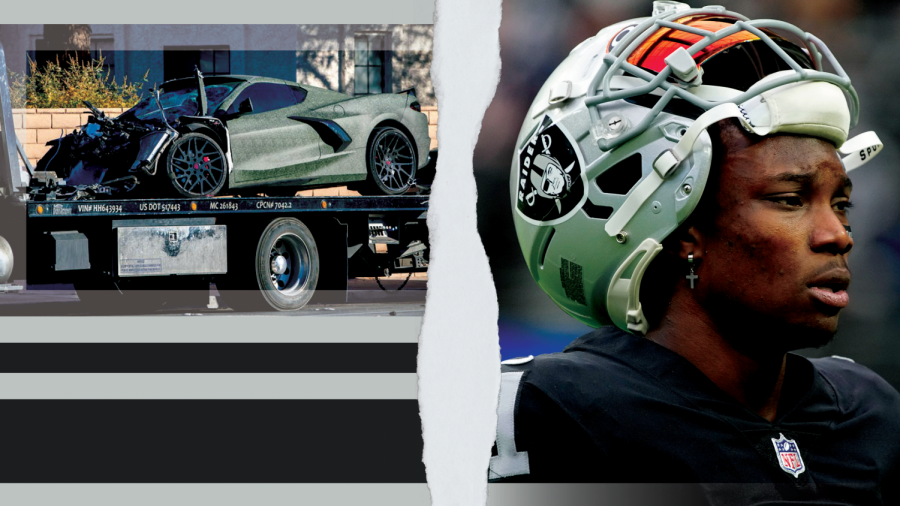 The promising career of 22-year-old Raiders wide receiver, Henry Ruggs III, has vanished overnight after news of his fatal DUI charge broke earlier this week. Just before 4 a.m. Tuesday morning, an inebriated Ruggs got behind the wheel of a Corvette on the Las Vegas strip shortly before crashing into another vehicle and killing its driver. The details of the fatal incident became more alarming as reports of Ruggs driving at speeds north of 150 mph just moments before the crash came to light.

“I cannot recall a speed that high in my career on the bench,” Justice Joe Bonaventure told the Las Vegas Review-Journal. The dangerous speeds came to a tragic halt as Ruggs’ Corvette slammed into the rear of a small Toyota RAV4. The woman driving the Toyota—along with her dog—were immediately engulfed in flames before being pronounced dead on the scene. Chief Deputy District Attorney, Eric Bauman, stated that the star receiver’s blood alcohol level was twice the legal limit for drivers in the state of Nevada. All details considered, it is miraculous that the former Alabama star survived the immediate consequences of his decisions, but his young daughter almost lost both parents that morning. Kiara Je’nai Kilgo-Washington, Ruggs’ girlfriend and mother to their daughter, was in the passenger seat of the Corvette during the crash. Both were hospitalized with severe injuries that were deemed as non-life threatening.

Henry Ruggs III is facing charges of DUI resulting in death and reckless driving. However, he also faces the risk of additional charges related to the gun found in his car and his girlfriend’s serious injuries. Despite the prosecution’s request of a $1 million bail, the judge set bail at $150,000 paired with the “highest level of electronic monitoring if he is released.” If convicted for his DUI causing death, probation is out of the picture for Ruggs in the state of Nevada.

It appears much more is out of the picture for the once promising receiver as the Las Vegas Raiders announced last night that they have released Ruggs. Following this announcement, the franchise also released an official statement regarding the incident on all social media platforms, making a point that no further comments will be given at this time.

Although Ruggs has survived the high-speed crash he caused, his life will not be the same. He must live with the consequences and responsibility of causing a death. Because of his decisions, a woman has lost her life, he has certainly ruined his, and now his daughter must grow up with nothing but a horrifying reason why her father is not around.