The Two Faces of Baseball 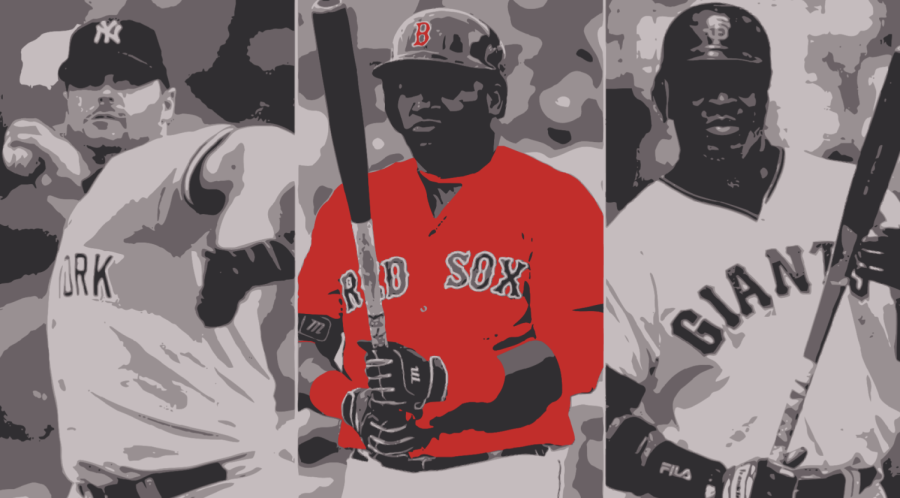 There used to be this mysticism about baseball. I can’t explain it, but I promise you, it was there. You felt it by the way the sport captivated our nation. You could hear it by the way people talked about baseball. You could see it as stadiums regularly overflowed and fans crowded any nearby joint that offered a cold beer and televised baseball. It was a time when baseball was so tightly woven into American life that it simply would not be the U.S.A. without it.

Maybe I’m just being romantic about baseball again, but it seems those days are gone.

Baseball has always been an innovative sport, especially in terms of illegal activity. For over a century, baseball has been plagued by scandals, deceit, bias, and blatant discrimination. If I were to highlight baseball’s scandalous history, you’d think it was run by criminals (in some cases, it was). Now, more than ever, it seems those in charge of professional baseball are hell-bent on ruining it, as recent scandals continue to pile up. However, there is one specific era of the MLB that still haunts the sport.

It would not be farfetched to say the steroid-era of Major League Baseball remains the most infamous scandal in sports history. After the players strike in the mid-1990s, an entire season was cancelled, putting the MLB on financial life-support. The commissioner and owners were desperate to boost revenue and save the league, so they turned a blind eye to steroid-use—allowing it run rampant throughout the league. It got to a point where an up-and-coming player in the MLB was foolish not to use, because the guy under him would gladly do it, as well as his opponents. Although steroid use is seemingly a thing of the past in The Show, the controversy has completely bled into the Baseball Hall of Fame.

Historically, the Baseball Hall of Fame in Cooperstown, New York, is the most respected of its kind in American sports. For baseball’s finest, earning eternal enshrinement is far more difficult compared to the rest of the major professional sports leagues. Only 1.2% of players who have ever worn an MLB jersey have been inducted. However, the reputation of the Baseball Hall of Fame has taken a nosedive over the last few years, and this is due solely to those who are responsible for choosing inductees.

The unique aspect of the Baseball Hall of Fame is its use of the Baseball Writers’ Association of America (BBWAA) to vote on inductees. The core requirement of BBWAA membership is simple, a writer must work for a news publication that consistently covers baseball. However, in order to vote on players to be enshrined, a writer must be an active member of the association for at least a decade. Once a writer is no longer active, they retain the ability to vote for the next 10 years. To be enshrined, an eligible player (BBWAA eligibility rules) must receive 75% of votes. To add, an eligible player can appear on the ballot for 10 years before being removed—effectively ending their eligibility. These requirements ensure the voting writers are experienced, that there is a diversity of voters in terms of age, and eligible players have multiple opportunities to be enshrined. At face value, this may seem fair and sensible, but the last two years have proven this system to be a glorified middle school popularity contest.

Earlier last week, the voting members of the BBWAA selected their first and only inductee since 2020. No, it wasn’t COVID that led to no inductions for 2021, the voting writers just did not elect anyone. On a ballot that featured all-time greats like Barry Bonds, Roger Clemens, and Sammy Sosa, no players received the number of votes required. It seemed like a crude joke to go through the entire process for absolutely no reason. Little did we know, the circus had yet to begin.

As previously mentioned, David Ortiz was the lone inductee for the 2022 Baseball Hall of Fame class—in his first appearance on the ballot. If you know the legend of Big Papi—the written off youngster who became a beloved, larger-than-life player and person—you know he deserves this achievement. Unfortunately, he was not the center of attention for his monumental moment.

Every player I have named thus far has one thing in common—steroids. Each of them cheated when they used steroids at some point in their careers. If you still doubt that at this point, then you are in denial. It goes far beyond Ortiz, Bonds, Clemens, and Sosa, but this commonality between them is exactly what makes this year’s voting results so disgraceful. For those unaware, this was the 10th and final ballot for Bonds, Clemens, and Sosa. They are no longer eligible for the Hall of Fame.

I believe it is important to focus in on Barry Bonds here, arguably the greatest, most terrifying hitter in the history of baseball. The man who once was intentionally walked with the bases loaded currently holds 24 MLB records. His most notable are the following: most MVP awards (7), career home runs (762), single-season home runs (73), career walks (2,558), and career intentional walks (688). Yes, he was using steroids during the prime of his career in the late 1990s, discrediting the historic 73 home run season. But he was already a 3-time MVP-winner, well on his way to enshrinement years before he began using. Bonds’ unmatched presence at the plate transcended the benefits of steroids. From 2001 until the end of his career in 2007 (at age 42), the slugger took 2,572 balls resulting in 643 unintentional walks. In that same time span, he only swung at a pitch and missed 672 times—a number that modern power hitters can only dream of. There is not a substance known to mankind that could alter that unbelievable statistic.

If there were a secret club of baseball’s five all-time greatest players, Bonds would undoubtedly be present.

How could he be left out?

If his steroid use is the reason, what makes it okay to give David Ortiz—who had a positive steroid test—a pass on his first ballot? How is Bud Selig—the desperate commissioner that intentionally allowed steroids to take over—currently in the Hall of Fame? The answer is simple, it’s not about steroids, and it’s not about cheating. Ortiz unknowingly won the childish popularity contest judged by the baseball writers. Big Papi has a brilliant personality and was always delighted to interact with the media as a player—regardless of the situation. He is now a member of the baseball media, where he continues to let his personality shine. That is not who Barry Bonds was, that is not who most MLB players are, and there is nothing wrong with that.

I am now writing directly to BBWAA voting members, should one ever read this. Players do not owe you a constant happy-go-lucky act. Much like you, they are people too, imperfections and all. Just like some of you struggle with child-like attitudes, some players struggle with the incessant MLB media. But do not insult the few baseball fanatics left in this world by hiding behind words like ‘cheating.’ Your actions clearly speak otherwise, adding to the MLB’s legacy of failing to uphold integrity. There will be plenty more ‘cheaters’ on future ballots, perhaps members of the 2017 Houston Astros. You let one in because he was always nice, and José Altuve is back to being Mr. Nice Guy. Will you let him in one day?

To the unforgettable players like Barry Bonds, Roger Clemens, Mark McGwire, and Sammy Sosa, being the ones who saved America’s pastime from sure demise is much better than receiving a popularity plaque in a museum. Thank you for saving baseball.